CoMUI HONOURS OUTGOING DIRECTORS OF INSTITUTES AND HEADS OF DEPARTMENT 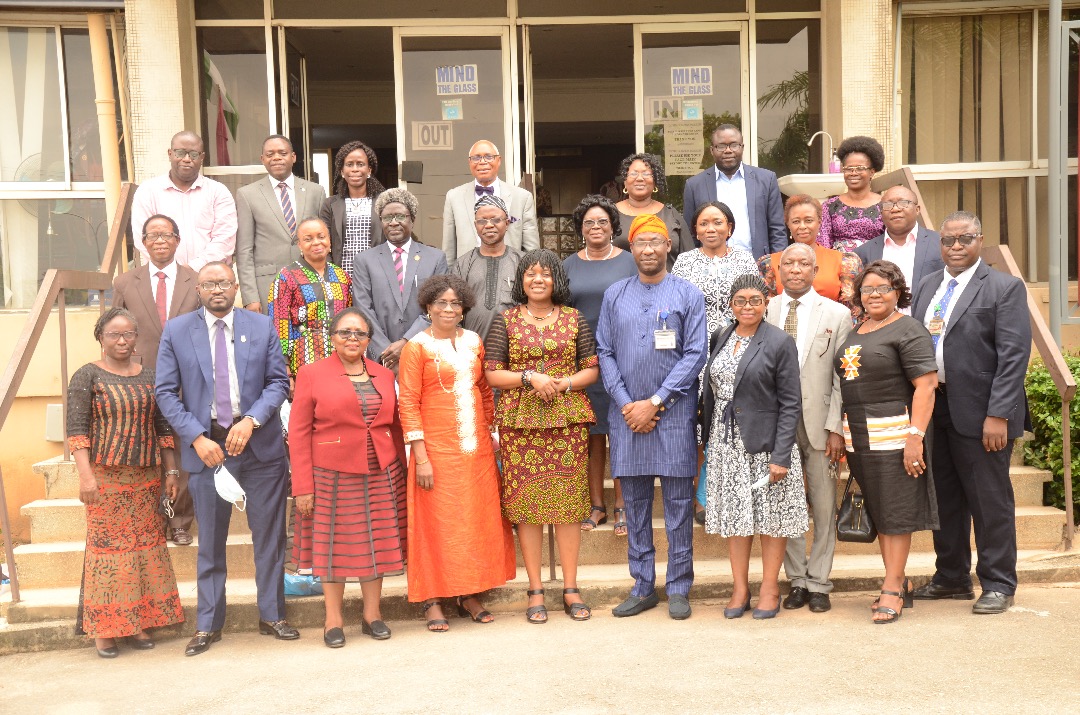 On Friday, 30 July 2021, the Management of the College of Medicine, University of Ibadan organized a ceremony in honour of Directors of Institutes and Heads of Departments who had recently completed their tenures. The event which took place at the Paul Hendrickse Lecture Theatre of CoMUI was graced by members of the CoMUI Management which included Professor Olayinka O. Omigbodun (Provost, CoMUI), Professor A.F. Adeniyi (Deputy Provost); Dr. Ikeoluwapo O. Moody (Deputy Registrar and Secretary to the College), Mrs. Oluwafunmilayo Ajayi (Financial Controller) and Dr. Grace Ajuwon (Acting Medical Librarian). The Dean of Faculty of Clinical Sciences, Professor M.O. Owolabi as well as that of the Faculty of Dentistry, Professor Juliana Taiwo were also in attendance.

Following the welcome address by Dr. Ikeoluwapo Moody, the Provost, Professor Olayinka Omigbodun, in her opening remarks attested to the myriad of challenges that come with positions such as directorship of institutes and headship of departments. She appreciated the outgoing leaders for their selfless service, reminding them that these positions are avenues for training for greater responsibilities.

Professor Omolola. M. Atalabi shared some of her experiences as the Head of Radiology Department. She gave special mention to problems relating to poor coordination of activities in the various levels of operation and lack of administrative support. She equally bemoaned the difficulties that come with processing of finances. While giving a charge to the incoming Director of Institutes and Heads of Departments, Dr. O Ibiyemi recommended a short internal training for staff of the various units. These trainings, according him, should revolve around proper filing of correspondence, as this will ensure effective maximization of time and resources. He further admonished the incoming leaders on the importance of keeping diaries and journals and learning from the experiences of others (especially past HODs). He charged them to key into the TOGETHER-Agenda of the current College Administration.

A special aspect of the event was the recognition of Professor Catherine Falade, the outgoing Director of the Institute of Advanced Medical Research and Training (IAMRAT) who served in that capacity for a period of 6 years. Dr. R. Akinyemi, one of the members of the IMRAT Academic team, while speaking about the outgoing director attested to the fact that she is an astute manager of man, money and resources. According to him, she is a leader of international repute, a mother, a minister, a manager and a model; one who meets the intellectual needs of her students as well as the emotional, psychological and financial needs of her staff. Professor Catherine Falade, speaking on her experience while in office disclosed how IAMRAT enjoyed a period of prosperity, securing twenty-five grants and recording about 300 publications under her watch. An important aspect of her accomplishments was the innovations she was able to put in place as Chairman of the UI-UCH Ethics committee which ranks as the best in the country and serves as a hub for training other Ethics Committees in the country.  She also appreciated the University College Hospital Management for the immerse support she had received for the running of the Ethics committee. Also, worthy of mention is the Google grant received during her tenure, which enhanced greatly the presence of CoMUI on the global map.

The outgoing and incoming Directors of Institutes and Heads of Departments are as here listed:

The Deputy Provost appreciated the outgoing Directors of Institutes and Heads of Departments as he joined the Provost in the presentation of letters of commendation and gifts on behalf of the CoMUI Administration. The Chairperson, College Ceremonials Committee, Dr. Nse A. Odunaiya gave the vote of thanks as the ceremony was brought to a close. 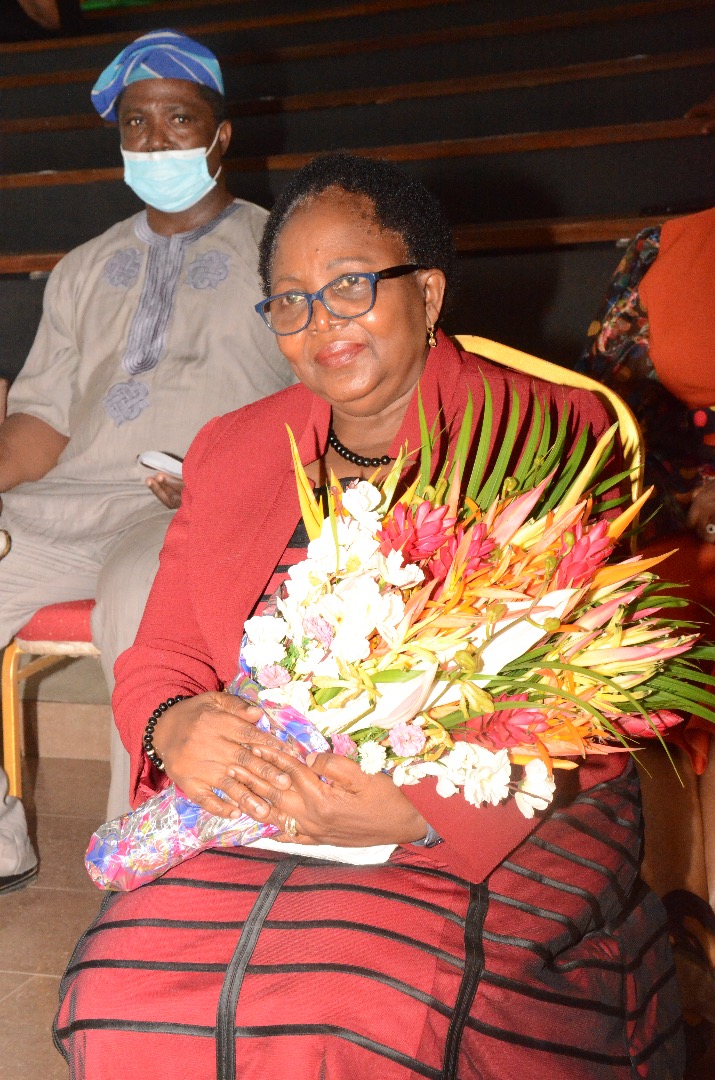 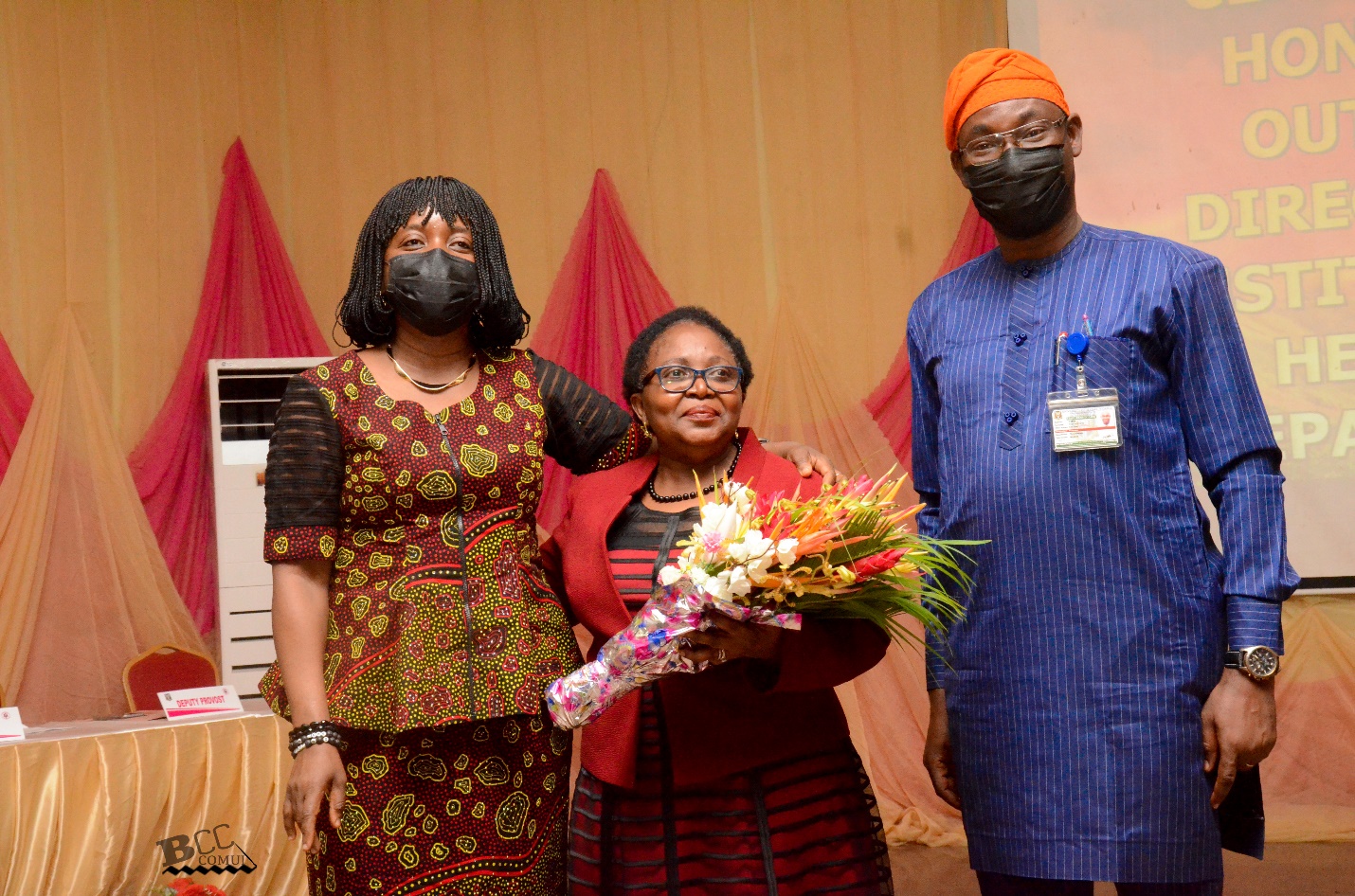 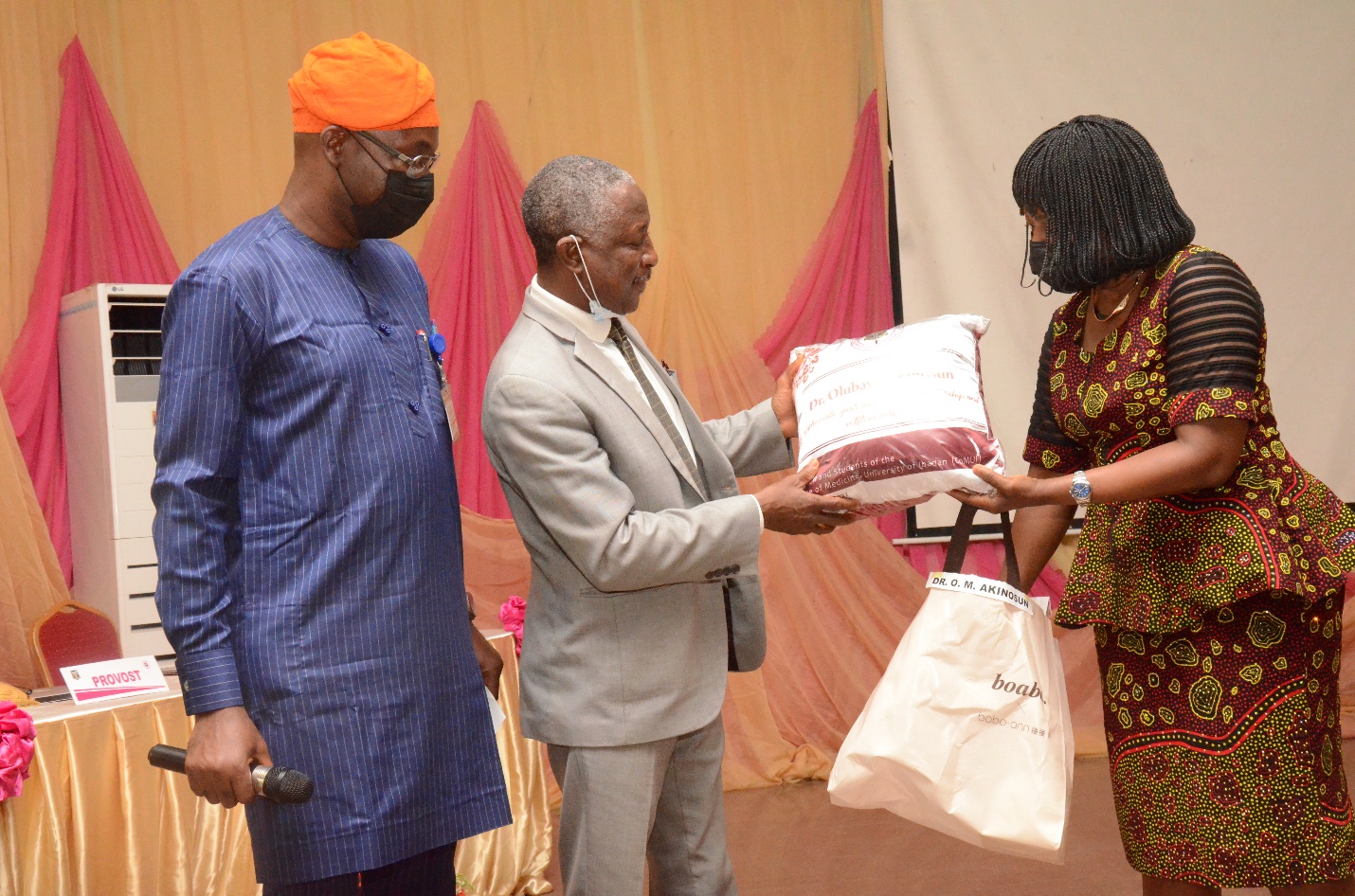 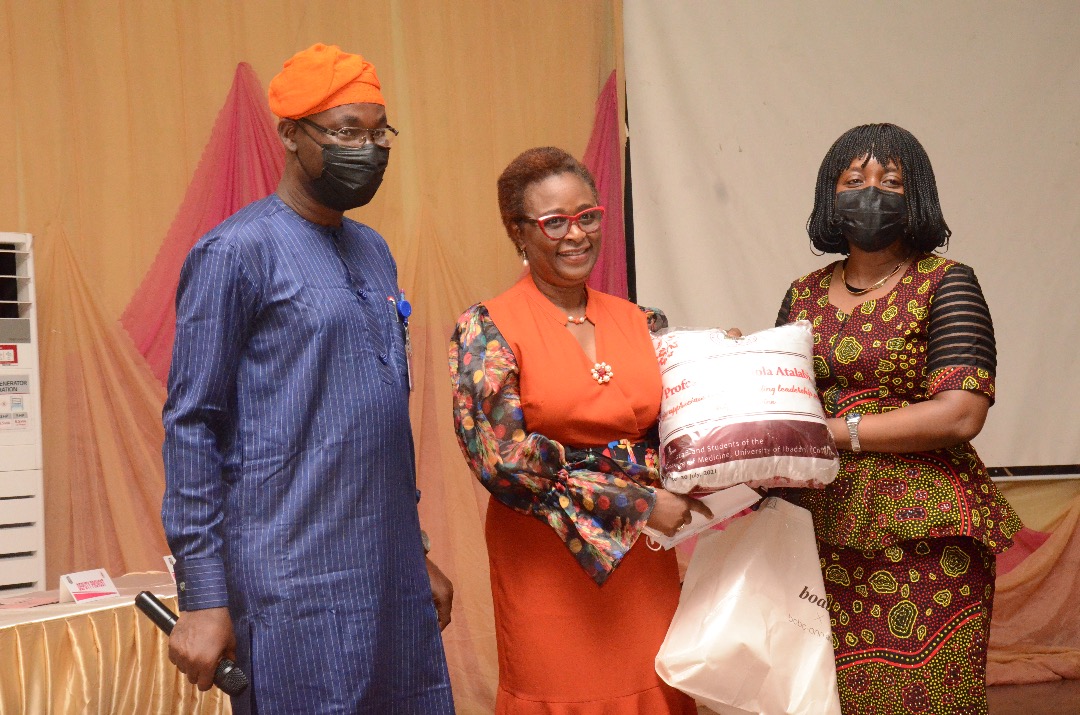 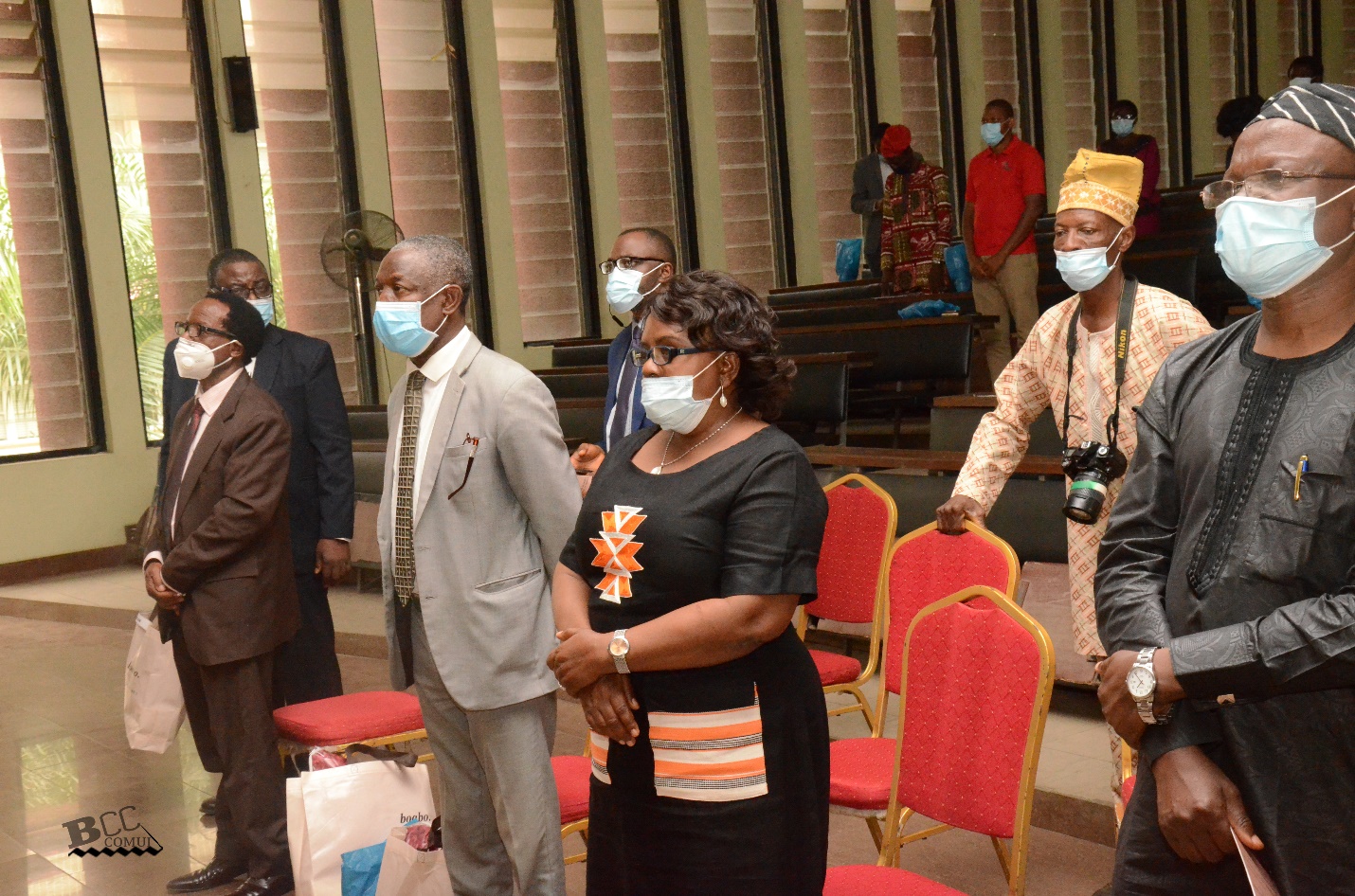