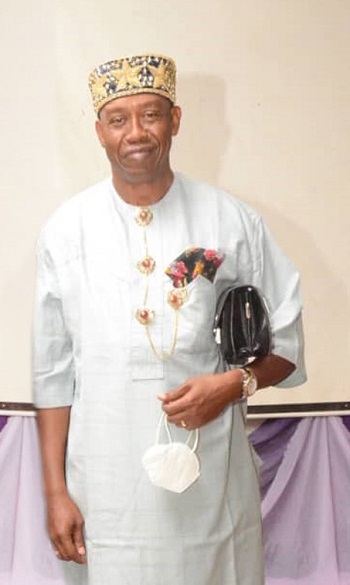 On behalf of the staff, students and alumni of CoMUI, I congratulate an Outstanding and Distinguished Alumnus, Rear Admiral Dr. T.G.S. Epelle (Retired) on his conferment of the National Honour of Officer of the Order of the Niger.

Rear Admiral Dr. T.G.S. Epelle (Retired) was born on 8 October 1955 at Opobo Town, Rivers State. He had his early education at Benin-City, Aba and Lagos before proceeding to the College of Medicine, University of Ibadan in 1976, graduating MBBS in 1981. 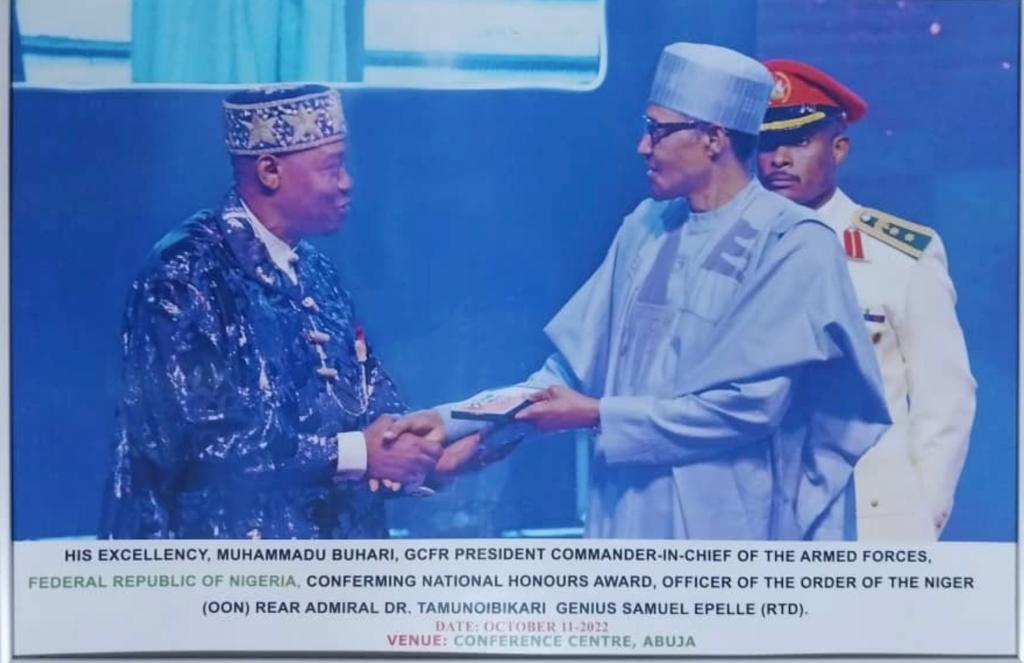 After National Service, he joined the Nigerian Navy (NN) as a member of the Direct Entry Course 84 (DE84). He was privileged to attend several professional and medical training programmes.  He also served on many naval ships and shore establishments where he excelled in several appointments to mention a few:

He retired from Military Service in October of 2015 at the mandatory age of 60 years.

Rear Admiral Epelle is a Fellow of the West African College of Physicians (WACP) in the Faculty of Paediatrics and he is currently Consultant Paediatrician at the Defence Headquarters Medical Centre, Abuja.

Just about a year ago, Rear Admiral (Dr) Tamunoibikari Sam Epelle (Rtd.) led his class to make a donation of 10 Million Naira towards the construction of new hostel for students of CoMUI spearheaded by the Ibadan College of Medicine Alumni Association (ICOMAA) Worldwide. During the ICOMAA 2021 week when the cheque was handed over to the ICOMAA President and Provost of CoMUI, on behalf of the Class, Rear Admiral (Dr) Tamunoibikari Sam Epelle (Rtd.) mentioned that the donation was to show gratitude to God and to appreciate CoMUI for bringing out the best in them.

It is on record that this donation was one of the first received by the College for the hostel project.

The Immediate Past President of ICOMAA North America and a Classmate of Rear Admiral Tamunoibikari G.S. Epelle (Rtd), Dr. Dolamu Sokunbi, had this to say about him:

“The Class of 1981 is very proud to extend hearty congratulations to our Class Chairman and our very own Rear Admiral Tamunoibikari G.S. Epelle (Rtd) on his conferment of the national honor of Officer of the Order of the Niger. We are very proud to claim that we went to the same school and trained in the same classrooms and hospital wards with him at COMUI. Even then we knew him as an officer and a gentleman so we are very delighted but not surprised that he is receiving this great and well-deserved honor for a lifetime of service to our nation. Hearty congratulations to our own SamPee, OON, we are so proud of you”!

He is happily married to Mrs Nwamaka Hope Epelle and they are blessed with a daughter, a son and 3 beautiful grandchildren. 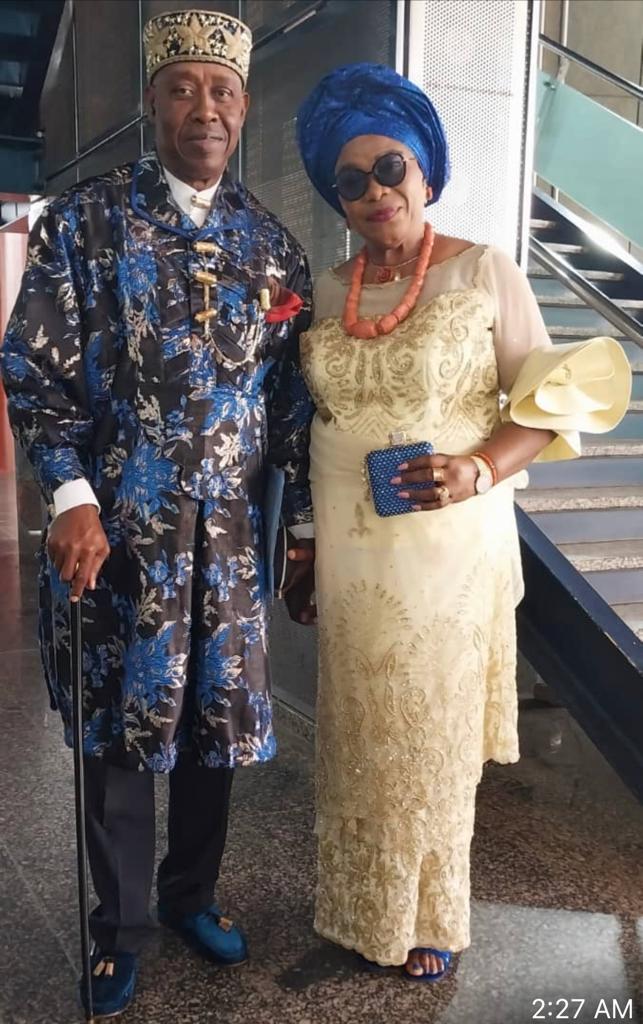