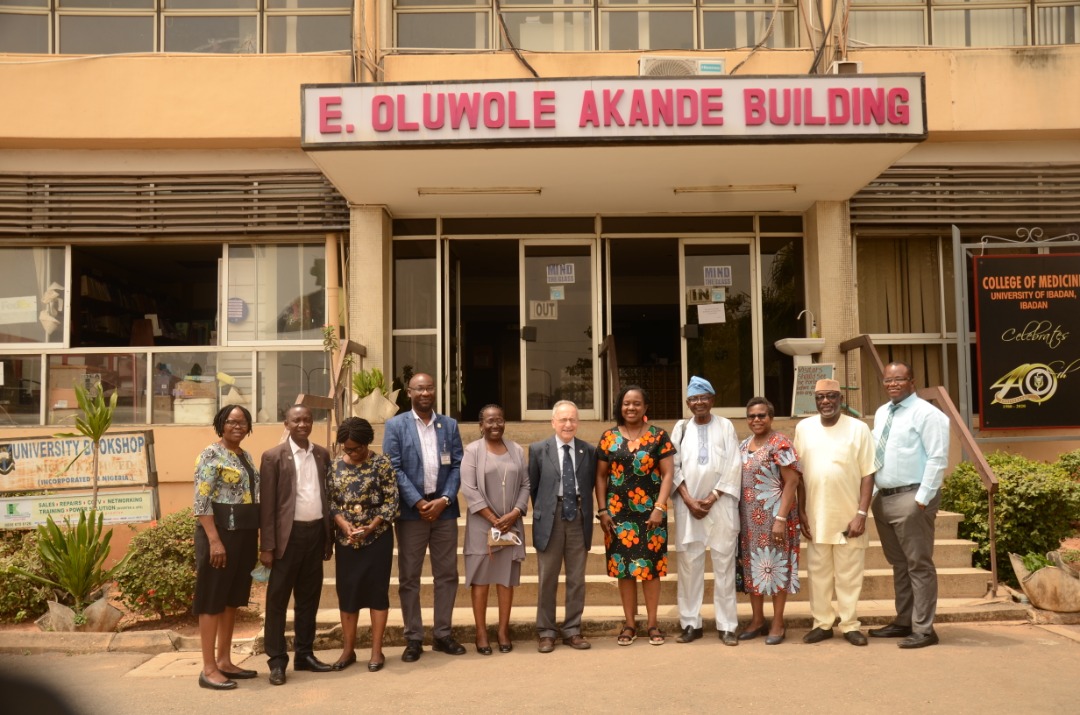 The celebration of five decades of Haematology in the College of Medicine, University of Ibadan (CoMUI) and the University College Hospital (UCH), Ibadan was a two-day hybrid event which was held on the 24th and 25th of February 2022. The event was designed to honour the founding fathers of the Department of Haematology in CoMUI and UCH. It was also aimed at charting a course for the future. The pioneer head of Haematology, 85-year-old Professor Lucio Luzzatto arrived from Italy on Monday 21 February 2022 and was met at the airport in Lagos by two consultant haematologists. Professor Lucio Luzzatto and Professor Fola Esan, the first indigenous Head of Haematology paid a courtesy call on the Management Team of CoMUI. Accompanying the distinguished guests on the courtesy visit were the Acting Head of Haematology, Dr. Taiwo Kotila, the first female Head of Haematology, Professor Wuraola Shokunbi, Dr. Chima Akunwata, an Adjunct Lecturer in CoMUI and Consultant Haematologist in UCH and Mr Satir Olomu, the Chief Technologist. 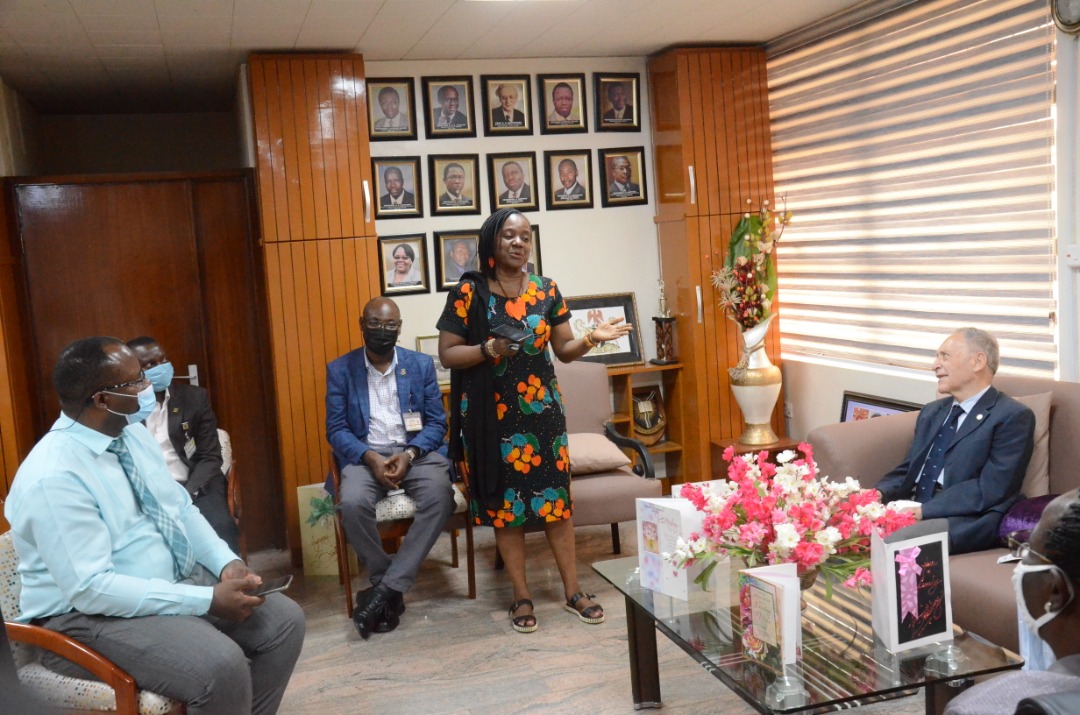 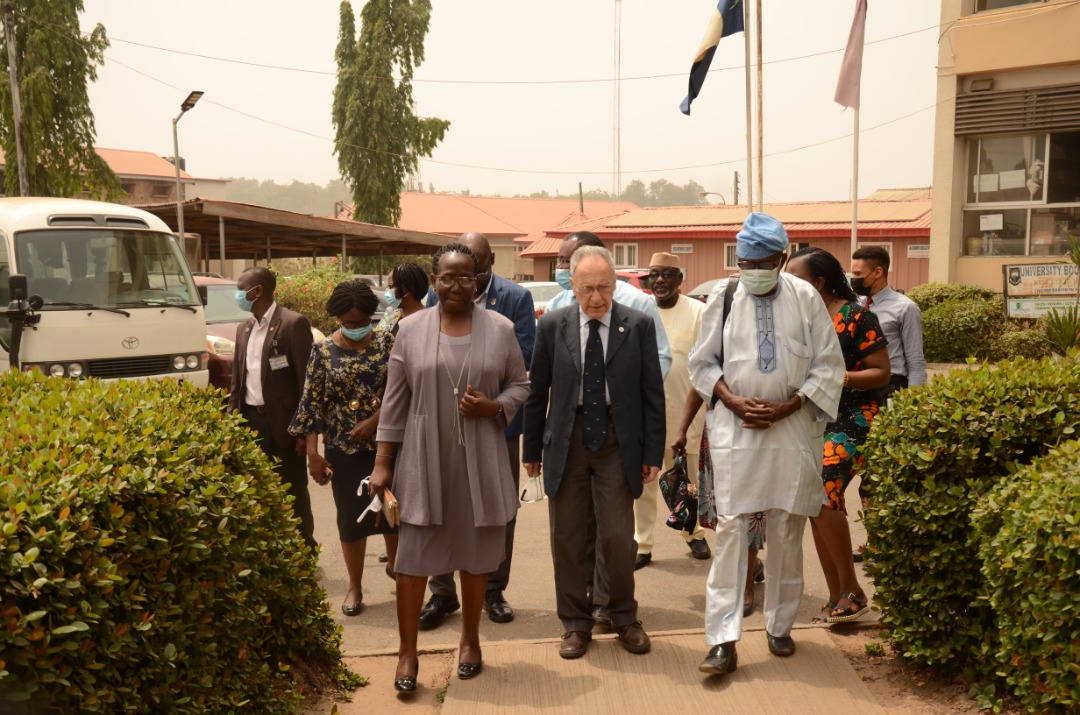