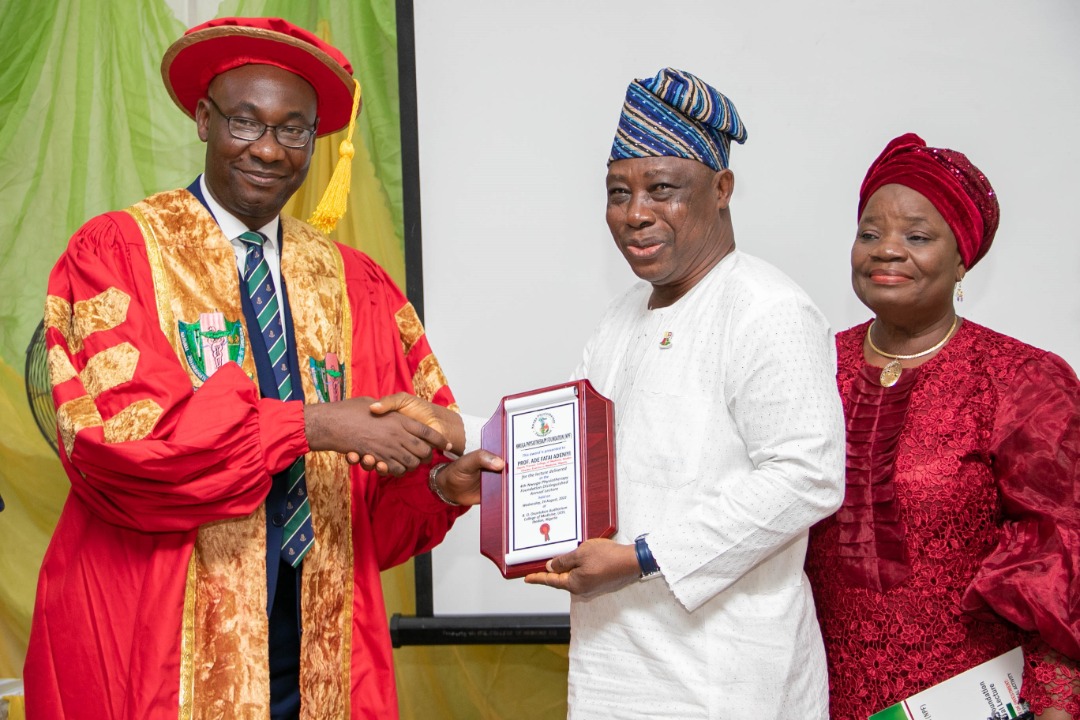 The Nwuga Physiotherapy Foundation Distinguished Annual Lecture took place at the College of Medicine, University of Ibadan on Wednesday, 24 August 2022. The lecture entitled “Reaping the by-product of investment: The gains of sustainable physical activity in a depressed economy”, as delivered by the Deputy Provost, College of Medicine, University of Ibadan (CoMUI), Professor Ade Fatai Adeniyi, expressed the need to pay attention to physical activity as an investment that affects our health and indeed our economy and livelihood. 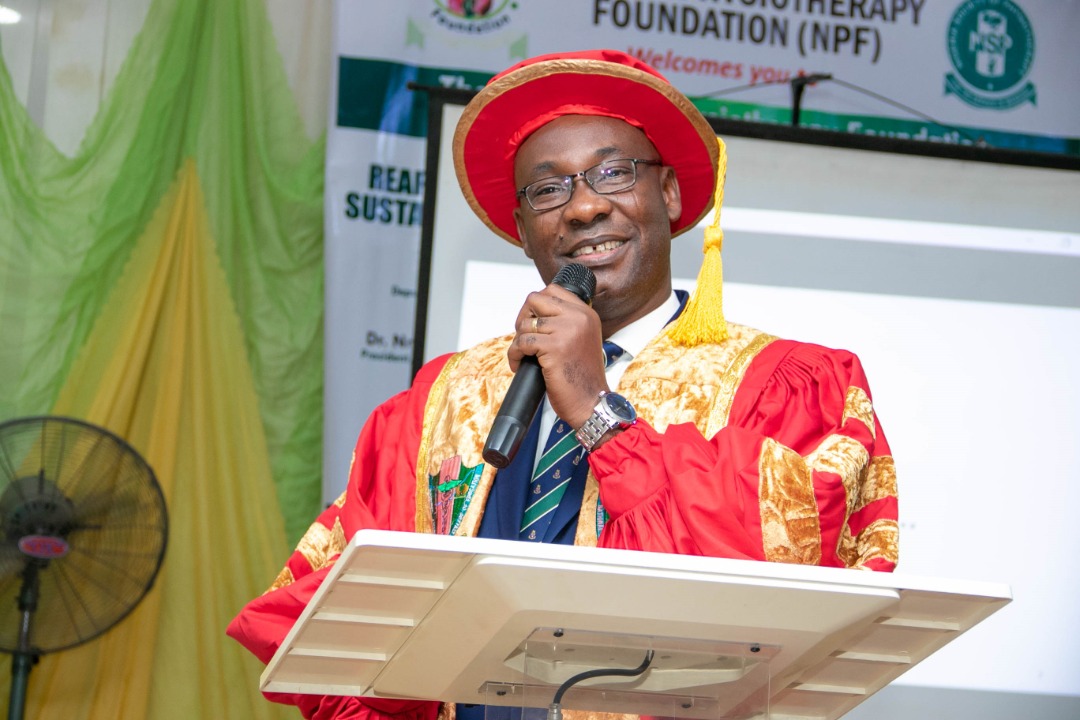 Giving a historical background of physical activity, he spoke about the early man whom he described as strong because of his incessant involvement in physical activities, especially by travelling long distances to cultivate food, hunt and get other supplies needed for survival. He also talked about the consumption of natural foods, a practice which he said is way healthier, and in deep contrast with what is obtainable with the modern man. In his words, "Everything the early man did was completely driven by manual energy." Moving further he mentioned some of the major consequences of lack of physical activity: reduction in life span, compared to past generations of the same ancestry.

On the economy, the scholar spoke about the challenges with the economy as shown by the fall in oil and gas prices. Nigeria has the highest GDP in Africa and is placed at 442bn USD as at 2021, but because of its large population, it is not listed among the first 10 countries in GDP per capita. This he said has resulted in the government disregarding its responsibility of making effective budgeting and funding for health care. This has brought inadequacies in the health system, especially in terms of facility funding.

The health burden of Africa rests presently, not just on infectious diseases, but on noncommunicable diseases (NCDs), and conditions from violence and injuries. Professor Adeniyi observed that Nigeria's effort at tackling communicable diseases is remarkable, but the same can not be said of NCDs. Of the 57 million deaths recorded globally by the World Health Organization (WHO) in 2018, NCDs were said to have accounted for 71% of these deaths. In Nigeria, one-third of the 2 million recorded deaths was due to cardiovascular diseases.

A depressed economy which brings with it inflation, unemployment and poverty, culminates in psychosocial stress, especially for people with NCDs. Individuals need to self-invest in health for a quality life through good sleep, healthy eating, prophylactic medication and adoption of physical activities such as walking, jogging, cycling, gardening, dancing, weightlifting, sports, active recreation and play, domestic chores among several others. It is the sole responsibility of every person to take up a lifestyle that promotes their health.

The Guest lecturer gave several recommendations as he wrapped up the presentation. He urged the government to discourage health tourism, by investing in the rehabilitation of existing health systems, providing adequate facilities, and making health services affordable. Existing health policies should be reviewed and strengthened, and new ones formulated. Health experts need to become more active in the campaign for the promotion of physical activity at home and workplace. It is recommended that all age groups, young and old should adopt the principle of "move more and sit less." 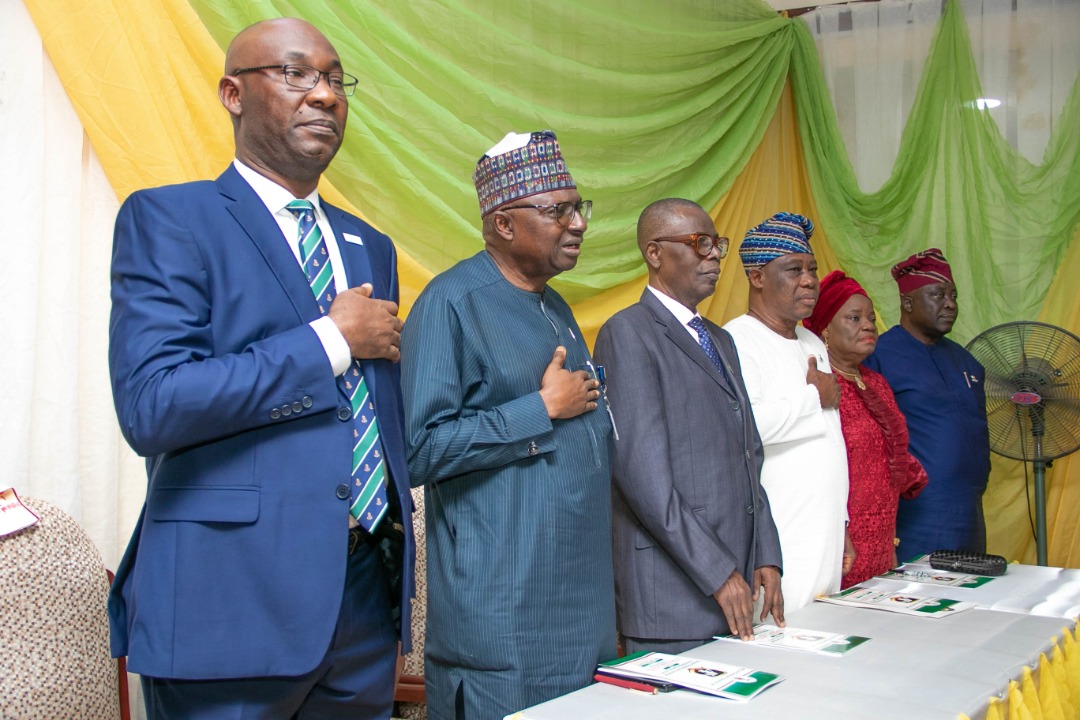 The Distinguished Annual Lecture is the 4th of its kind and it had in attendance many eminent scholars and professionals from all walks of life. Among those who graced the well attended event were the Acting Governor of Oyo State, Barrister Adebayo Lawal and his wife. The occasion which was Chaired by Professor A.O. Ilesanmi also had in attendance the Vice Chancellor, University of Ibadan, Professor K.O. Adebowale mni, FAS, and the Provost of the College of Medicine, University of Ibadan, Professor Olayinka Omigbodun, FAS who joined and delivered her remarks virtually. 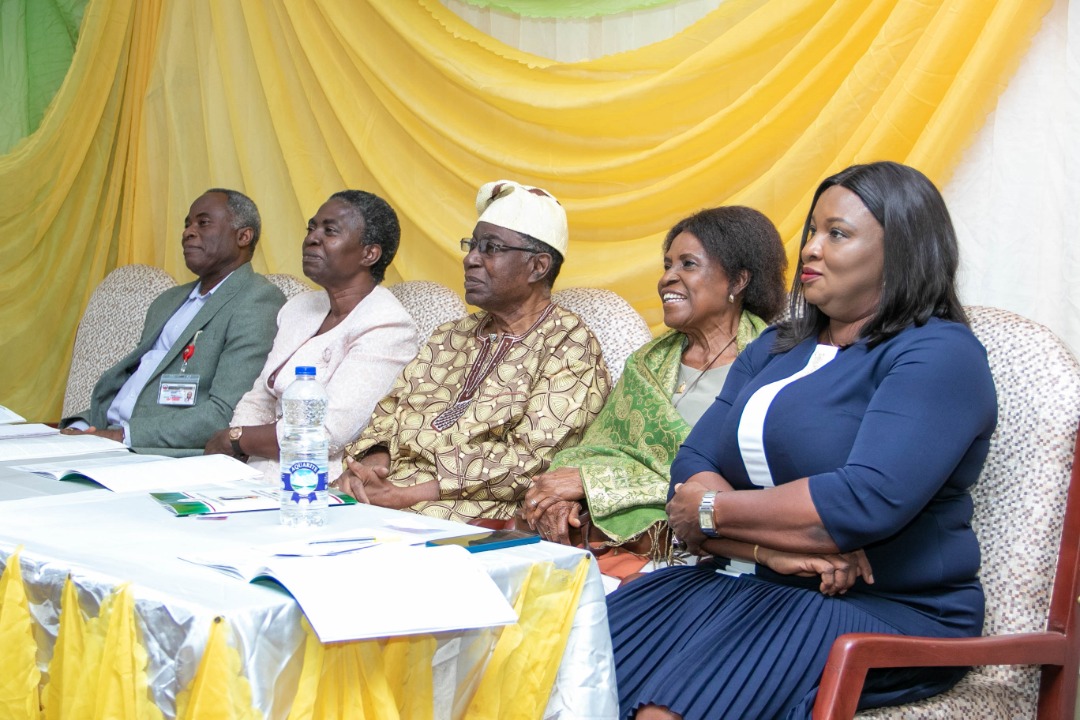 Also seated at the high table were the Chief Medical Director, University College Hospital (UCH), Professor Jesse Otegbayo, the Foundation Provost of College of Medicine and Pioneer Chief Medical Director, UCH, Professor Emeritus E.O. Akande, the Chairman, Board of Trustees of Nwuga Physiotherapy Foundation, Dr Olufunke Ajiboye as well as the President of Nigeria Society of Physiotherapy, Dr Nina Chigbo. The family of Professor Emeritus V.C.B. Nwuga was represented by their Matriarch, Mrs Olapeju Nwuga who also acted as the Mother of the Day. 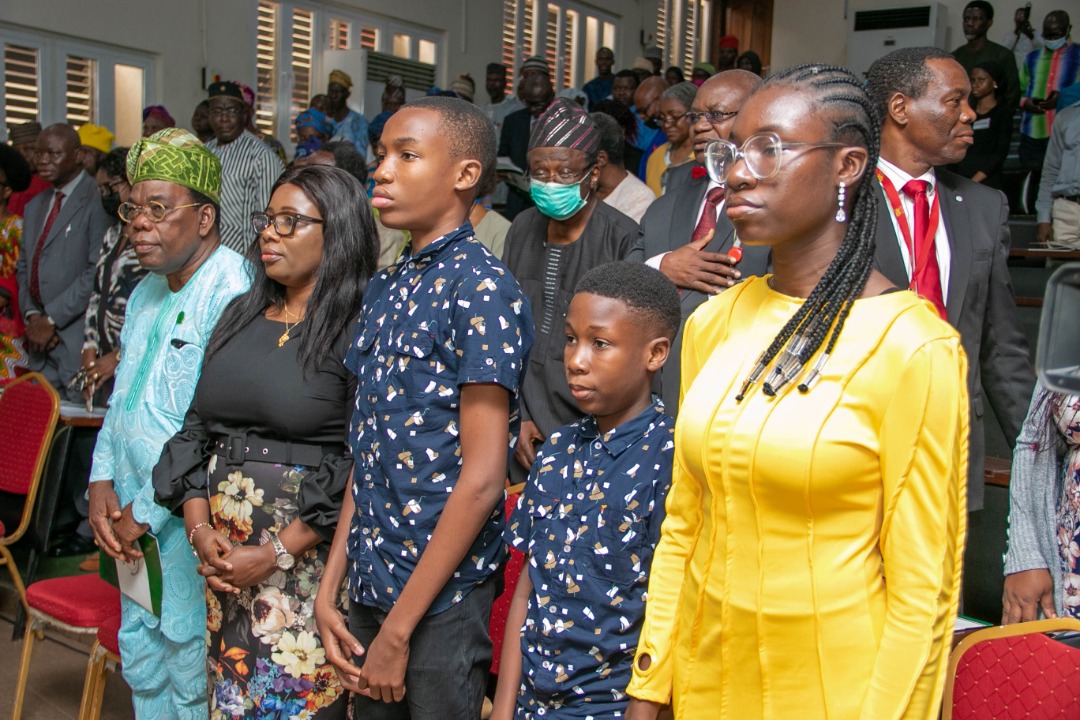 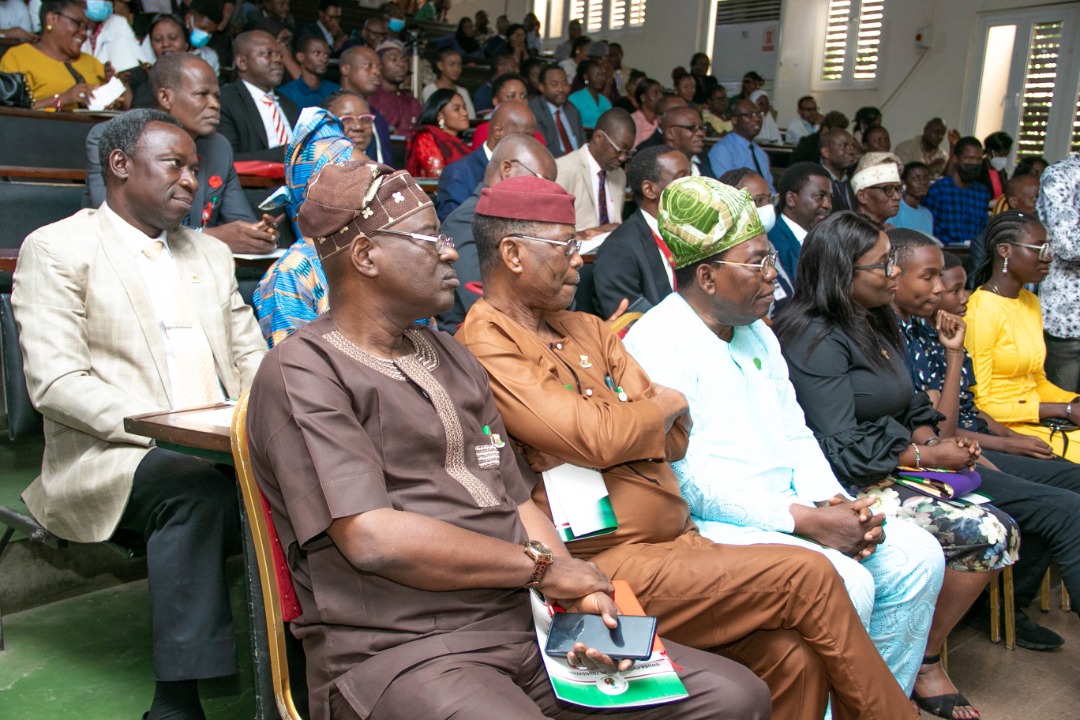 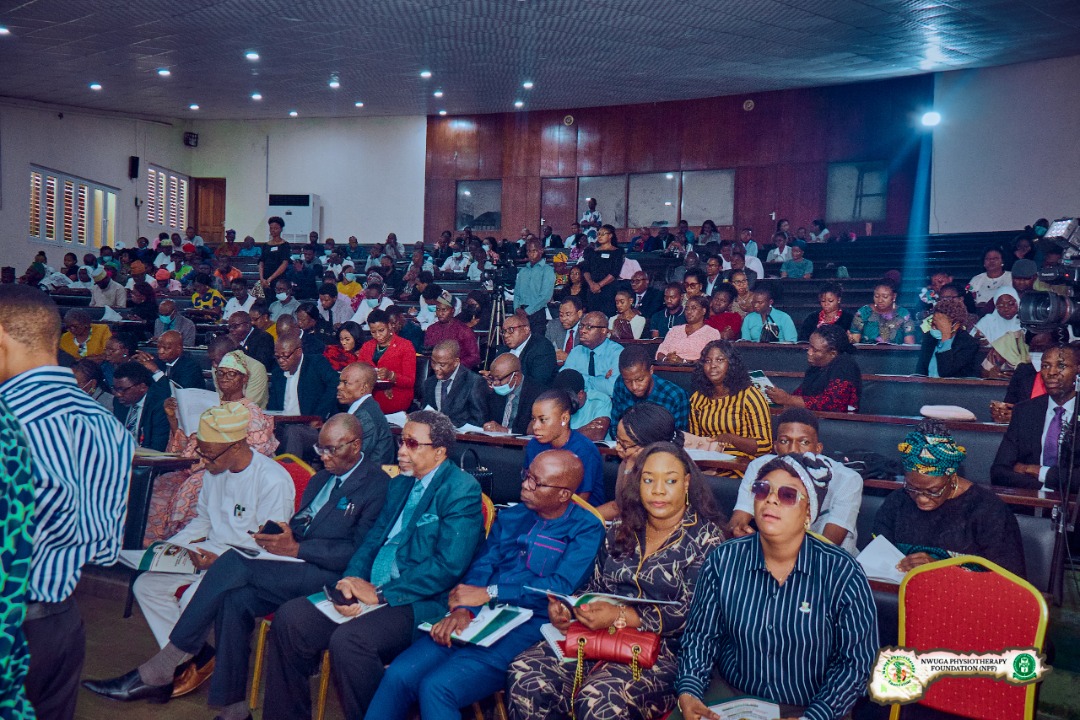 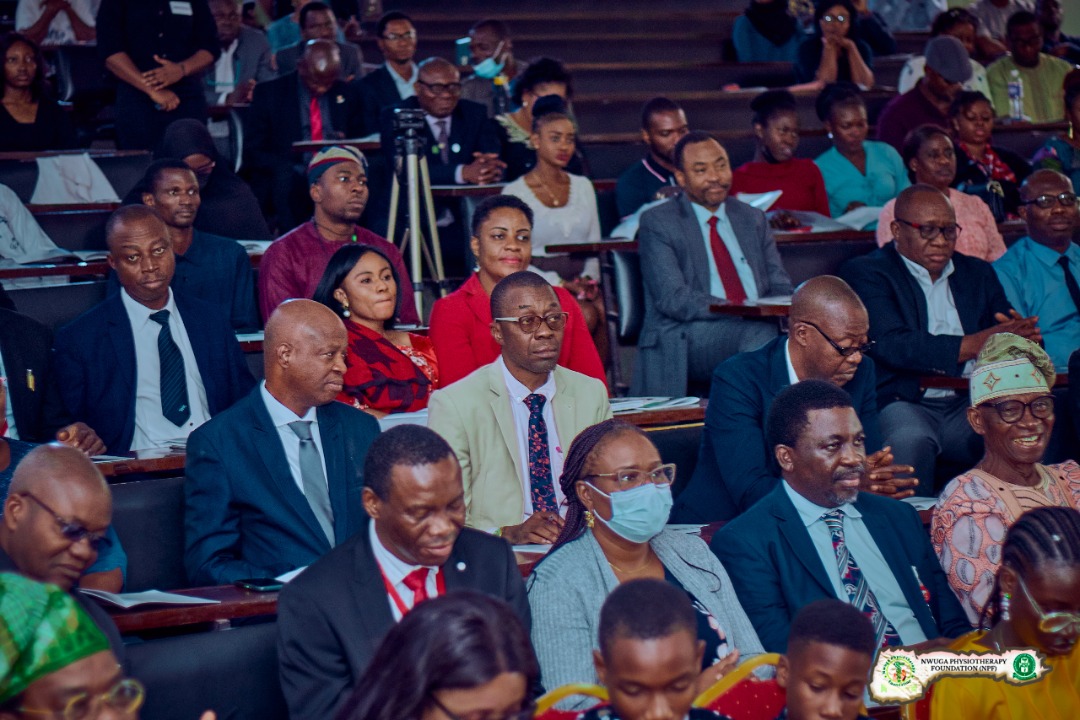 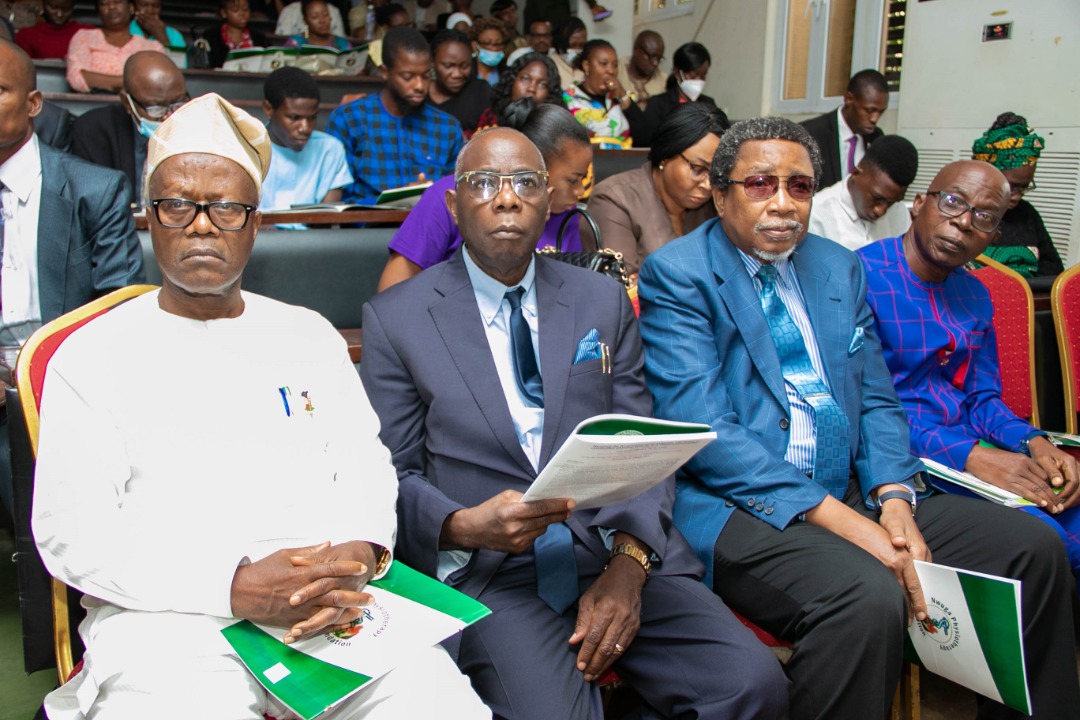 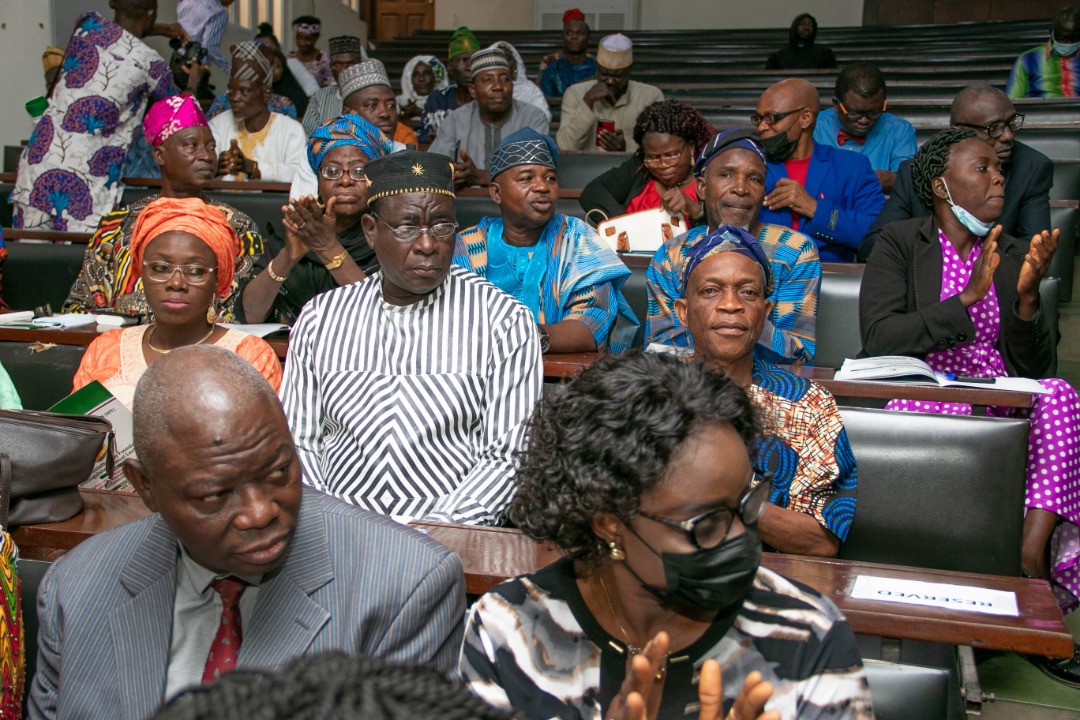