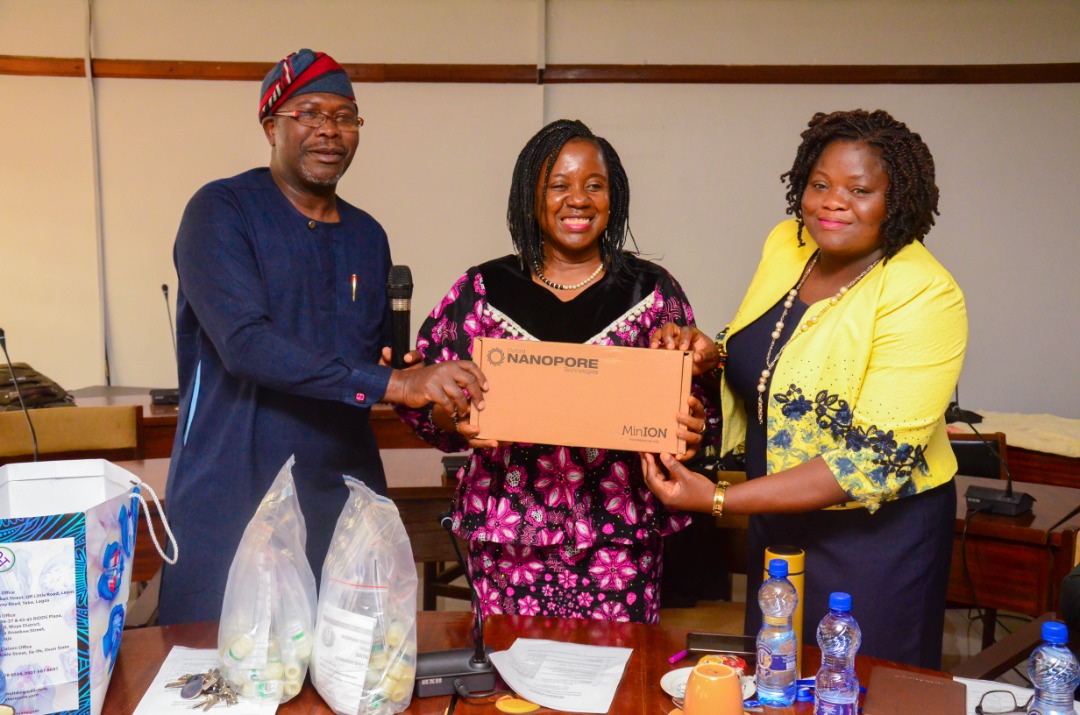 It was another epoch-making event as the College of Medicine, University of Ibadan (CoMUI) received the donation of a Third Generation Oxford Nanopore MKIC Sequencing Machine from the Nigerian Institute of Medical Research (NIMR). The donation was made by the Management of the Institute led by the Director General (DG), Professor Babatunde Salako FAS. The DG of NIMR, also a former Provost of CoMUI and a worthy alumnus of the CoMUI MBBS Graduating Class of 1986, was accompanied by key members of NIMR. These included, Alhaji Abdullahi Yinusa Zazzau mni, the Director of Administration, Engineer E. O. Adedeji, Director of Engineering and Mr. Yinusa Ogaji, the Director of Finance.  Leading researchers in NIMR who accompanied the DG, were Professor Oliver. C. Ezechi, the Director of Research, Dr. Oluwagbemiga Aina and Dr. Chika Onwuamah,  Chief Research Fellows. Other NIMR researchers in attendance were Dr. Bamidele Iwalokun and Dr. Olusola Ajibaye. 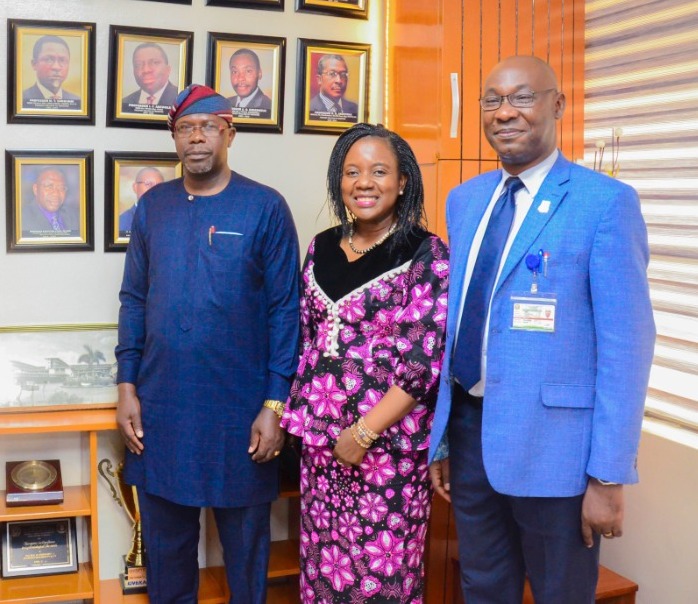 While welcoming the team, Professor Olayinka Omigbodun expressed gratitude to the DG of NIMR, for considering his alma mater CoMUI, worthy of this huge donation. She mentioned that the Coordinator of the Biorepository and Clinical Virology Laboratory (BCVL), in CoMUI, Dr. Adeola Fowotade had repeatedly brought to her attention the urgent and important need for a sequencing machine and the gap created by the lack of one. She then expressed how delighted she was to receive a call from the Director General of NIMR informing her of the intention of his Institute to donate this greatly valued equipment to the College. She reported that in addition to the donation, the Director General also arranged for three staff of CoMUI to be trained in the use of the sequencer by NIMR, free of all charges. She noted that hitherto, samples from BCVL had to be taken out to another facility which had a sequencer, for analysis.

She assured the Director of NIMR and his team that being in possession of the equipment will go a long way in making the CoMUI more efficient and productive in research.  She re-counted that it was during Professor Salako’s tenure as Provost of CoMUI that the College Innovation and Research Management (CRIM) unit was established. She attested to the fact that the unit has continued to thrive and deliver on its mandate. 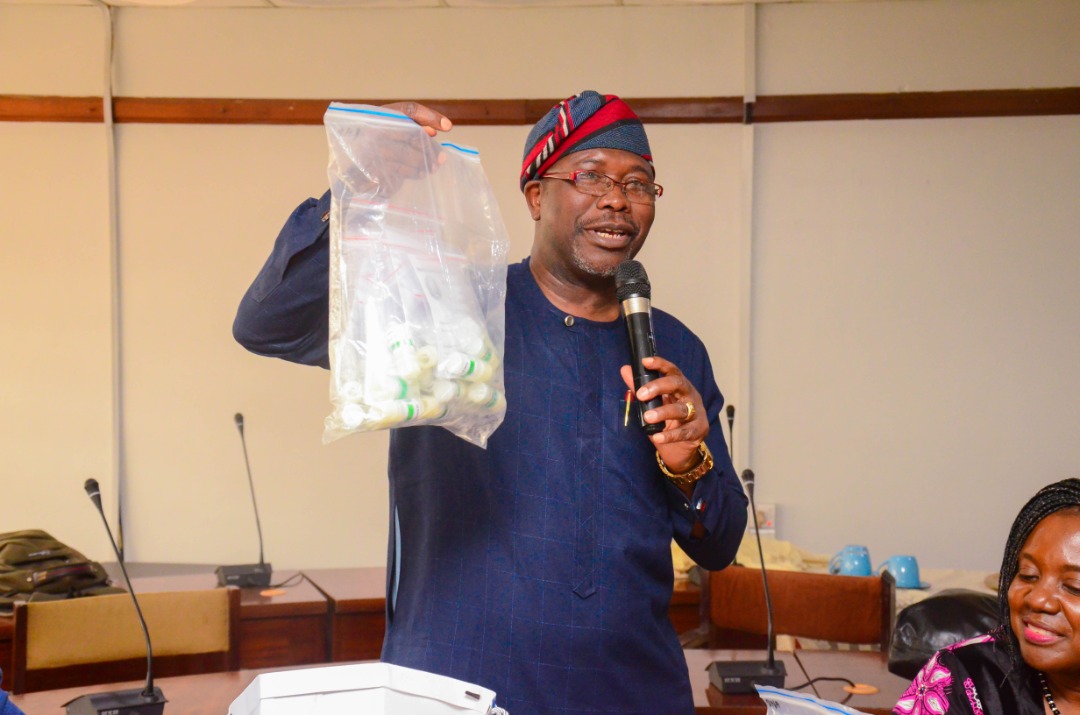 In response, Professor Babatunde Salako spoke on the usefulness of the sequencer and its capabilities. He mentioned that this compact equipment was especially chosen for CoMUI because of limitations with space. He thereafter affirmed the readiness of the NIMR to further collaborate with and support CoMUI to ensure the progress of the pioneer citadel of medical education. He informed the CoMUI Management that in addition to the sequencer, some units of DNA and RNA extraction kits produced by NIMR, were also being donated to CoMUI. 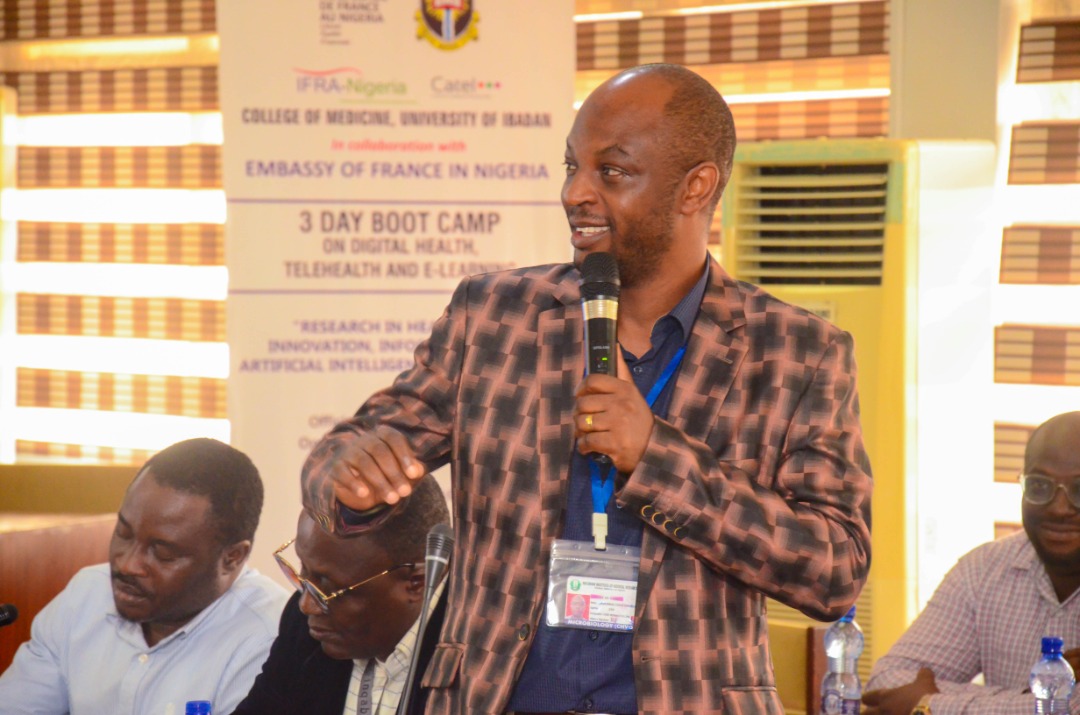 Dr. Chika Onwuamah gave a detailed exposition on what the sequencer could be used to achieve within a short period and with precision. He reiterated that when accurately deployed, the sequencer would be of great advantage to the researchers in CoMUI as it would fast track procedures and processes. 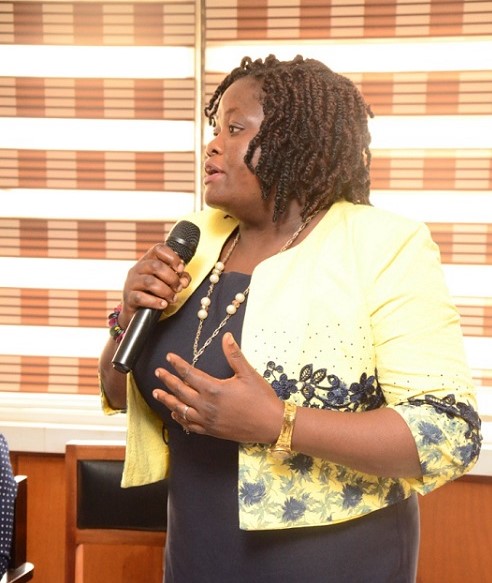 Dr. Adeola Fowotade, Coordinator of the Biorepository and Clinical Virology Laboratory (BCVL) made a presentation on how to use the MinION sequencer. In addition, Mr. Olatunji Akande spoke about the procedures some of the BCVL staff learnt when they went to NIMR to be trained on the use of the sequencer.

The DG of NIMR then made a formal handing over of the MinION sequencer to the Provost of CoMUI who was supported at the event by the Deputy Provost, Professor Fatai Adeniyi, the Acting Medical Librarian, Dr. Grace Ajuwon, the Dean of the Faculty of Clinical Sciences, Professor Mayowa Owolabi FAS, the Director of the Institute for Advanced Medical Research and Training (IAMRAT), Professor Ikeoluwapo Ajayi, the Chairman of the CRIM Board, Professor Eme Owoaje and Professor Rasheed Bakare, a leading Medical Microbiologist and the mentor of Dr. Adeola Fowotade. 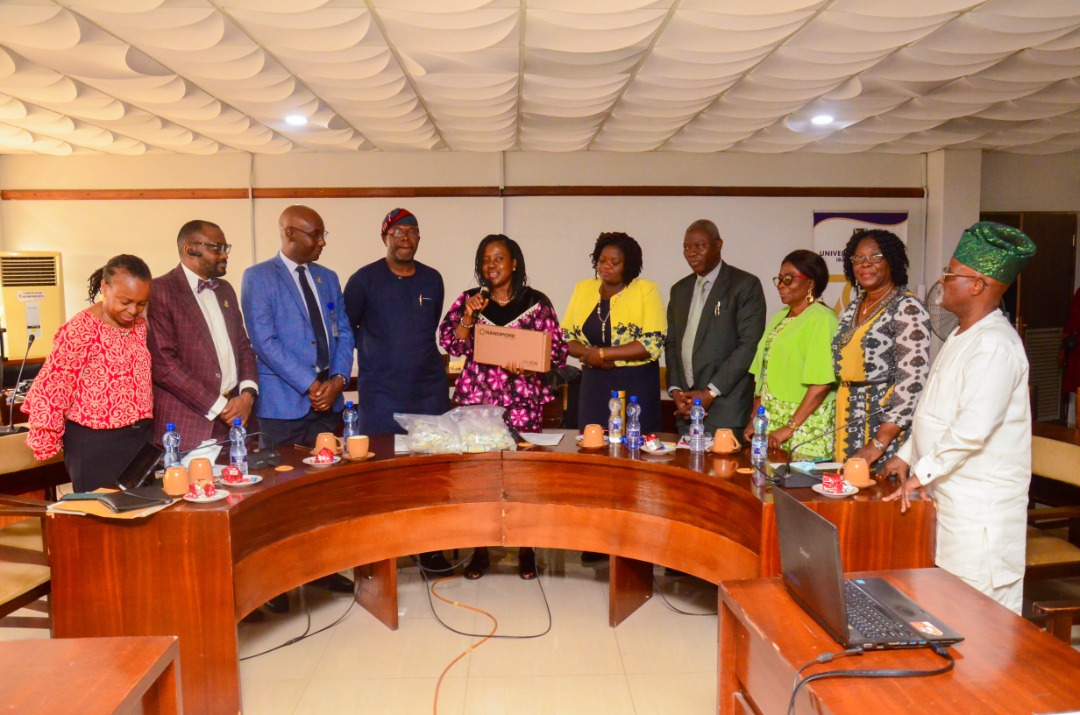 Other key members of CoMUI present were the Head of Department of Medical Microbiology and Parasitology- Professor Aderemi Kehinde, the Director, World Health Organisation’s (WHO) National Polio Laboratory- Dr Moses Adewumi and Dr. Olayinka Oluseyi. The Chief Internal Auditor in CoMUI -Mr. O. J. Folorunso, the Head of the Information Technology Unit, Reverend Adesanmi Adetule and the Acting Director and Controller of the Biomedical Communications Centre, Dr. Olayinka Egbokhare were also there to grace this happy occasion.

After the handing over ceremony, the team moved to the BCVL where the sequencer was put to use to the admiration of all present. 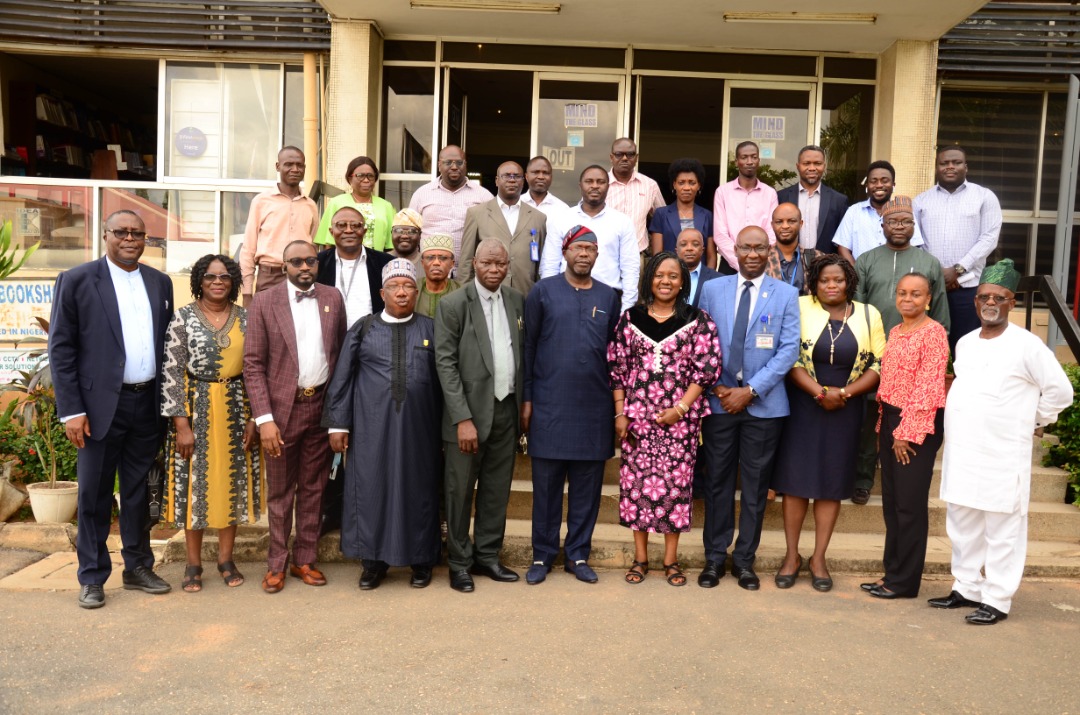 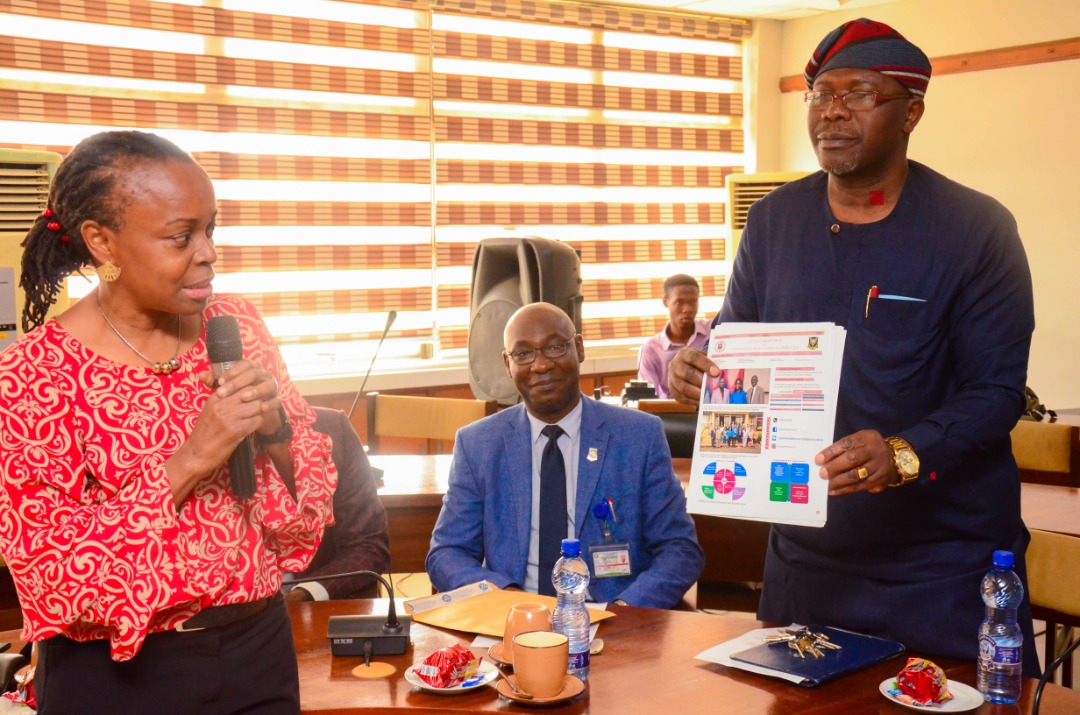 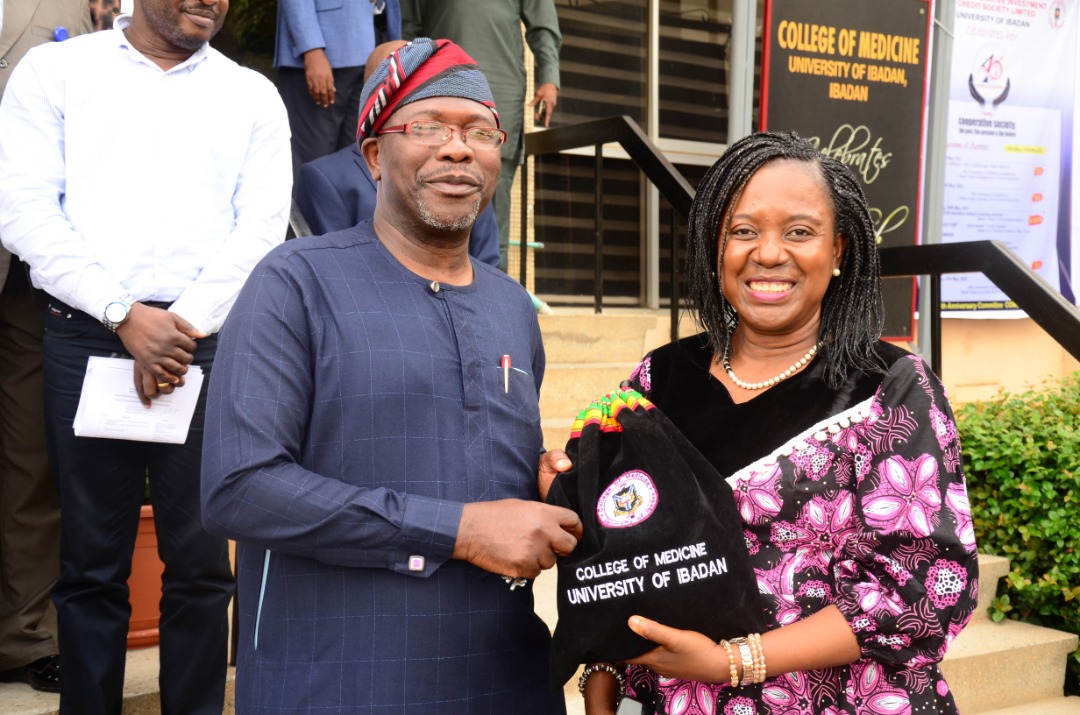 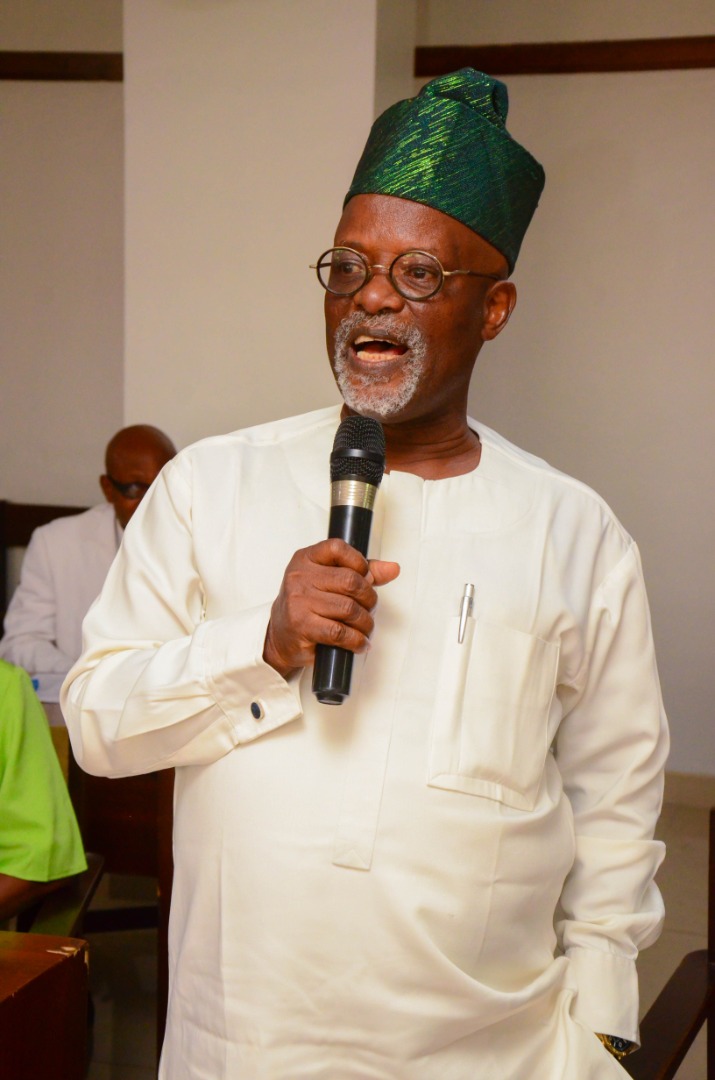