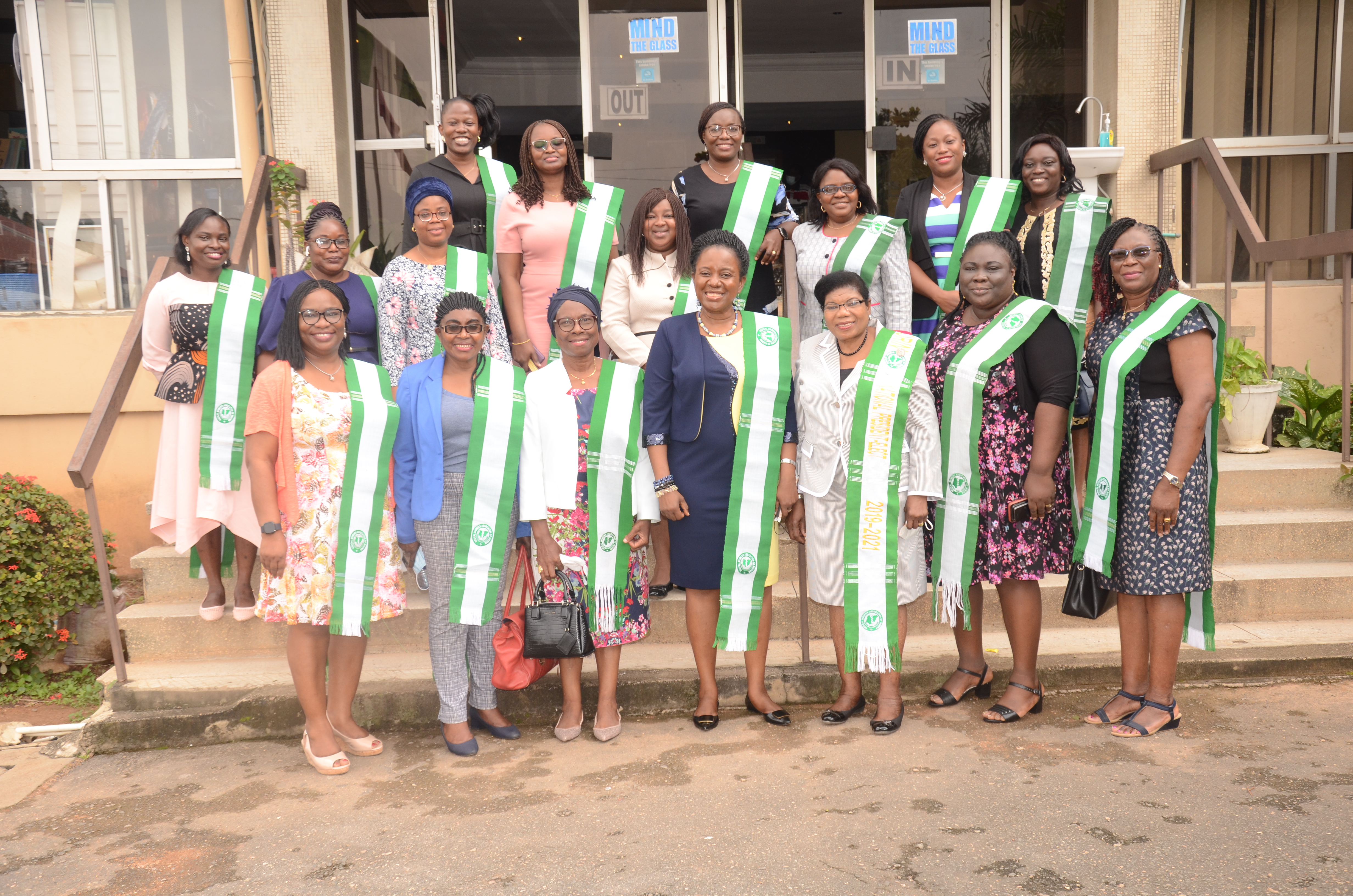 National and State Executives of the Medical Women Association of Nigeria (MWAN), paid a courtesy call on the Provost of the College of Medicine, University of Ibadan (CoMUI), Professor Olayinka O. Omigbodun on 14 September 2021. This visit occurred during the 22nd Biennial Conference & General Assembly (Ibadan 2021) themed Leadership, Governance and Women’s Health, which held at the International Conference Centre, University of Ibadan, from 14th to 18th September 2021. Professor Olayinka O. Omigbodun received the MWAN Executives at the A.O.K. Johnson Boardroom, in the company of Professor A.F. Adeniyi (Deputy Provost, CoMUI) and Professor Juliana Taiwo (Dean, Faculty of Dentistry, CoMUI).

Giving her welcome remarks, Professor Olayinka Omigbodun expressed her deep gratitude for the visit. The Provost subsequently canvassed for more mutual support among women, which will see more females rise through the ranks in the area of leadership.  According to her, women are endued with special gifts and talents from God and they should actively seek leadership roles. She pointed out that research reveals that women make very good and capable leaders. Speaking further, Professor Omigbodun charged women to pace themselves based on the seasons of life, urging them not to neglect domestic functions at home as these help to prepare them for much bigger roles in the society. She emphasised the need for women to prioritise their roles as mothers and to resist values and customs that are alien to the Nigerian and African cultures so as to preserve the valuable ideals of our society. Professor Omigbodun thereafter called on the members of MWAN to rally round the outgoing and the incoming President of MWAN as they work to further the cause of the organization.

While responding, the National President-elect of MWAN, Dr. Adekemi Otolorin thanked Professor Olayinka Omigbodun for the warm reception extended to MWAN and congratulated her for blazing the trail by becoming the first female Provost of CoMUI, thereby joining the league of the firsts. She thereafter officially decorated Professor Olayinka Omigbodun as MWAN’s first ambassador. Speaking further, Dr. Otolorin reminded everyone of the MWAN motto “Healing with the spirit of the mother’’. She equally shared some of the core values of the organization, which centre on empathy. Dr. Otolorin spoke on MWAN’s conference theme, which was on Leadership, Governance and Women’s Health. For these, she sought the support of the Provost especially in the area of political will. There were submissions from the MWAN General Secretary and Professor Ikeoluwapo O. Ajayi (Chair, Scientific Committee, MWAN Biennial Conference LOC) and also the Director, Institute for Medical Research and Training (IMRAT).

Speaking at the event, Dr. Olayinka Eyelade requested that the Provost use her influence in encouraging younger doctors (within CoMUI’s Public Health terrain) into the MWAN outreach programmes as this will help to broaden the scope. In her own submission, a veteran member of MWAN and Dean, Faculty of Dentistry (CoMUI), Professor Juliana Taiwo, expressed delight that the efforts of the founding executives of MWAN had been preserved. She reiterated the importance of incorporating young medical women into the fold. Thereafter, Dr. Omolara Olusola Taiwo, the outgoing President of Oyo State MWAN informed the gathering that 20 house officers had been sponsored to attend the forthcoming MWAN Biennial conference.

Addressing the MWAN delegates, the Deputy Provost of CoMUI, Professor A.F. Adeniyi said women add beauty to life beyond what can be fathomed as most of the achievements of men are not without the backing of women. He wished Dr. Adekemi Otolorin a successful tenure as the National President of MWAN, urging the group to sustain the legacy of the founders of the Association.

Giving the vote of thanks, the incoming State President of MWAN, Dr. Oyinda Adeyemi alluded to Professor Olayinka Omigbodun’s charge that women should pace themselves properly, adding that women must always be spiritually and divinely minded. She thanked Professor Olayinka Omigbodun for the hospitable welcome, saying the MWAN group felt very well at home during the visit.

Members of the MWAN team in attendance were: 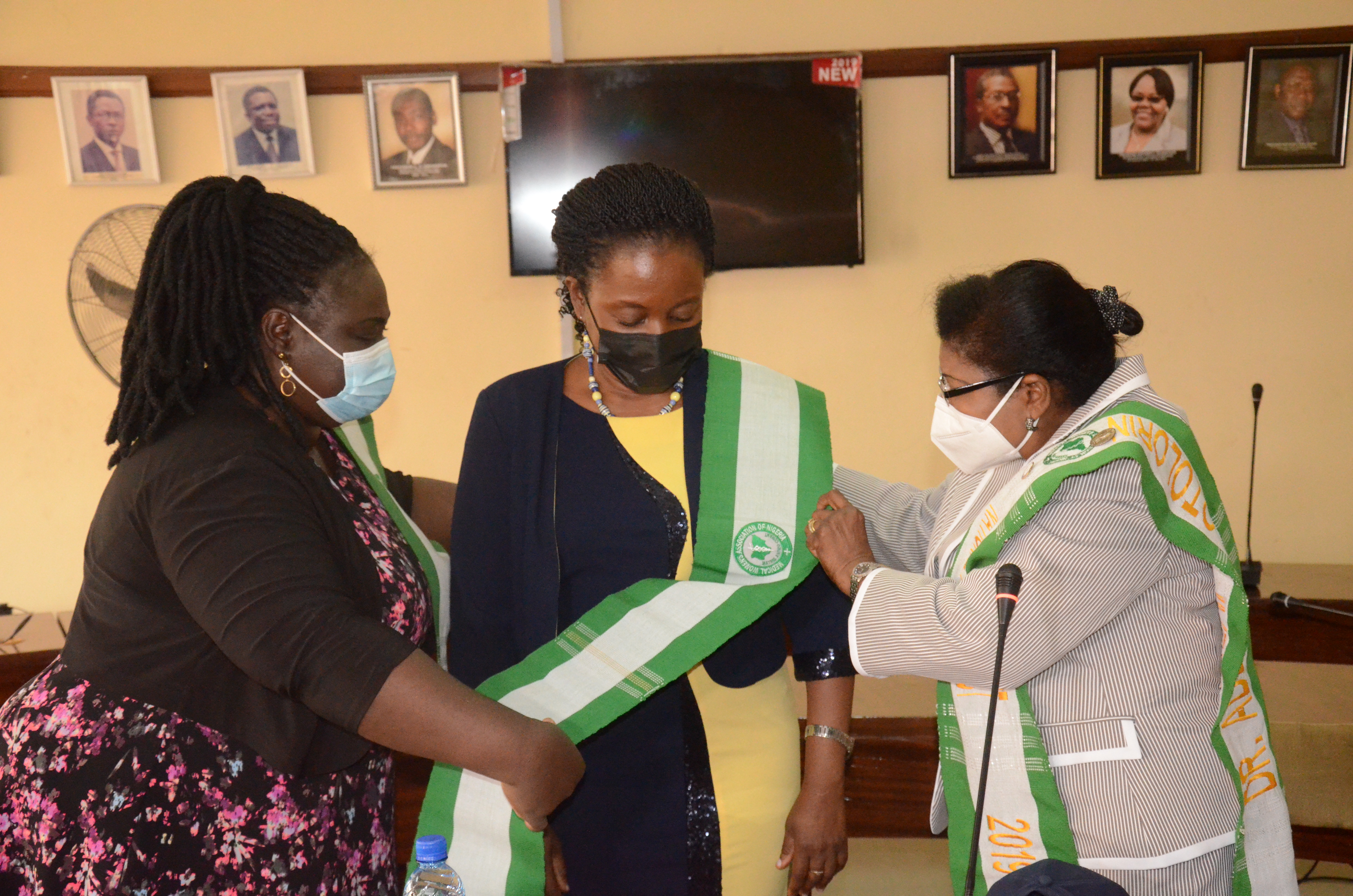 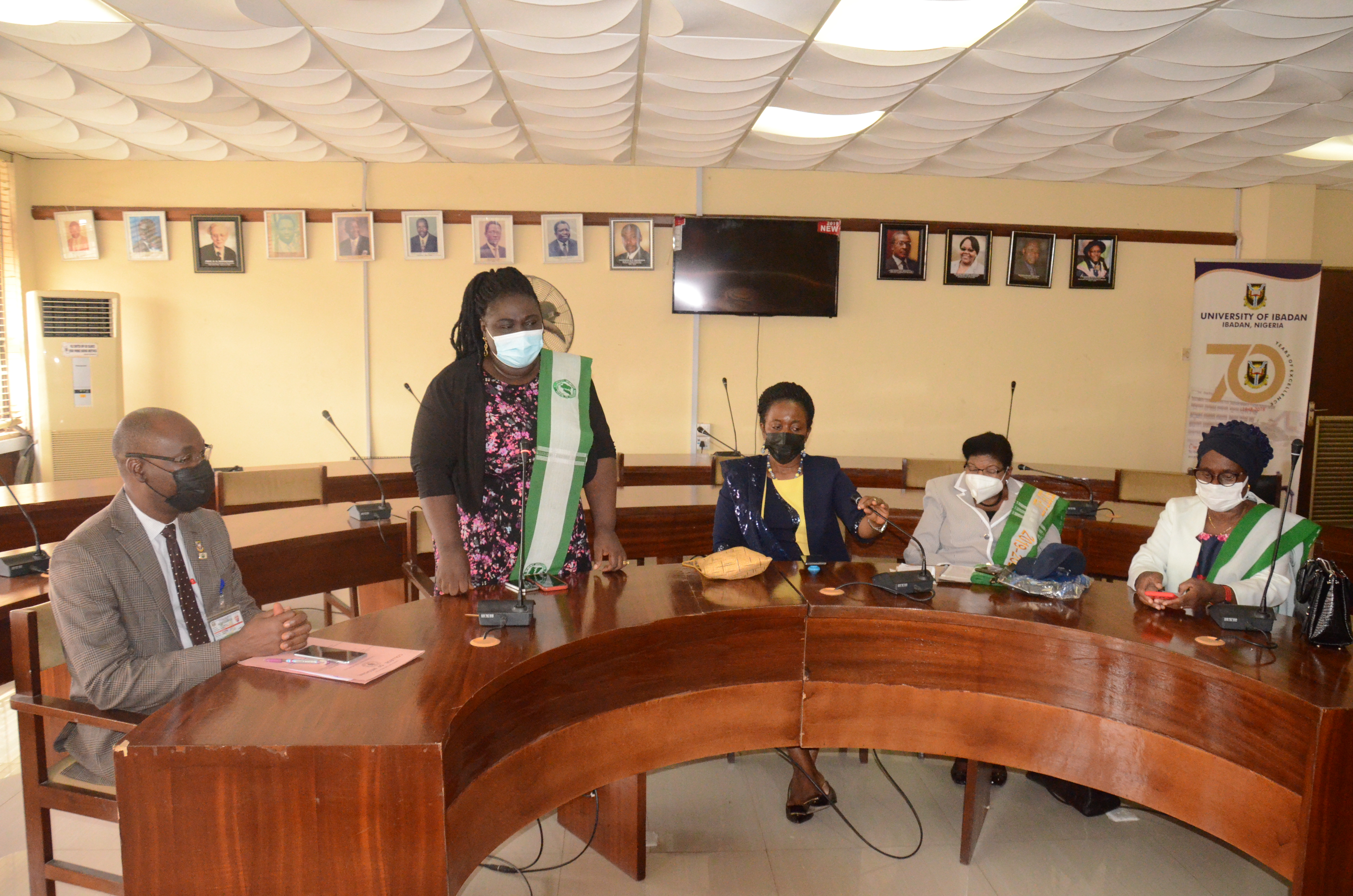 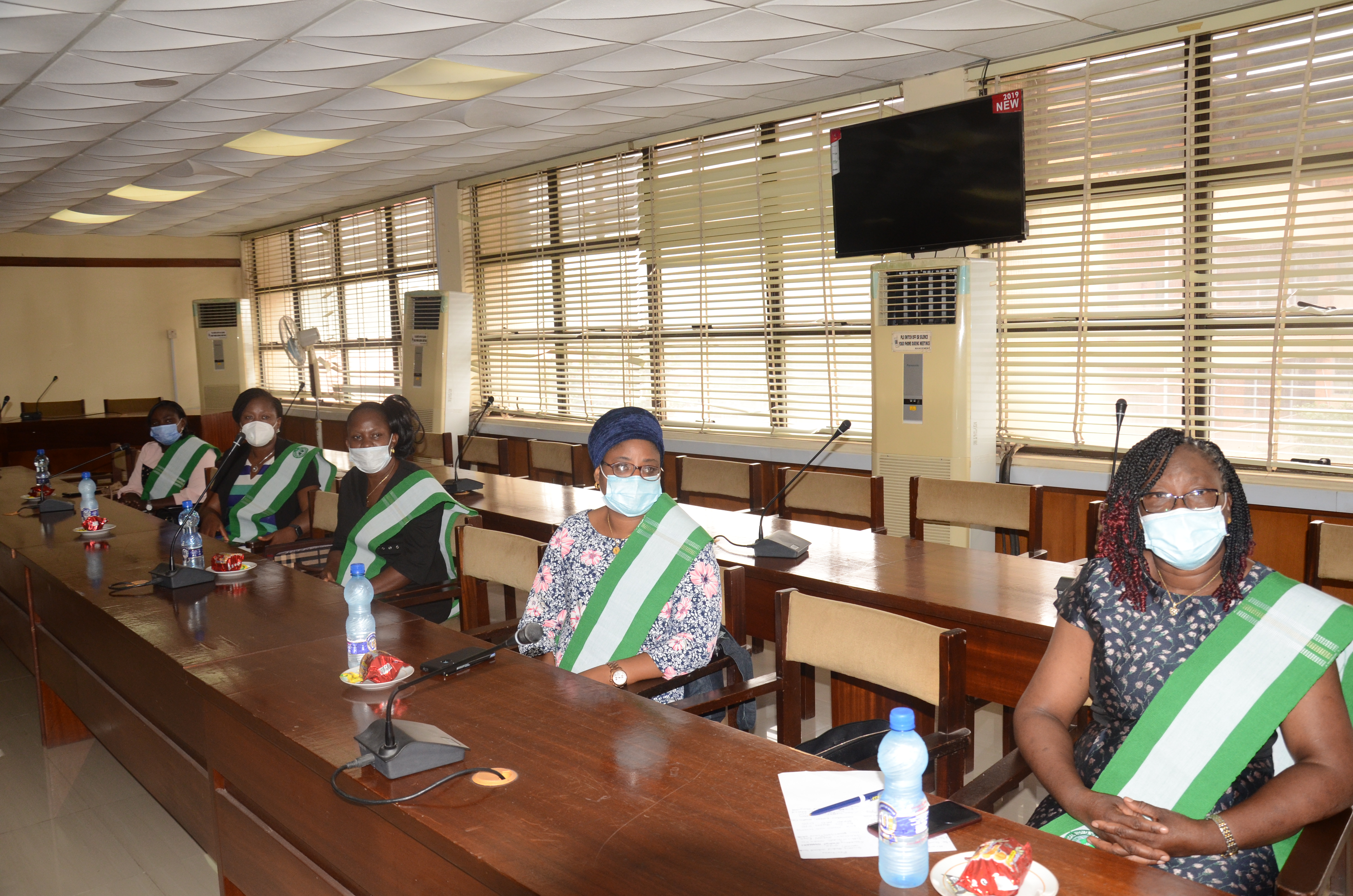 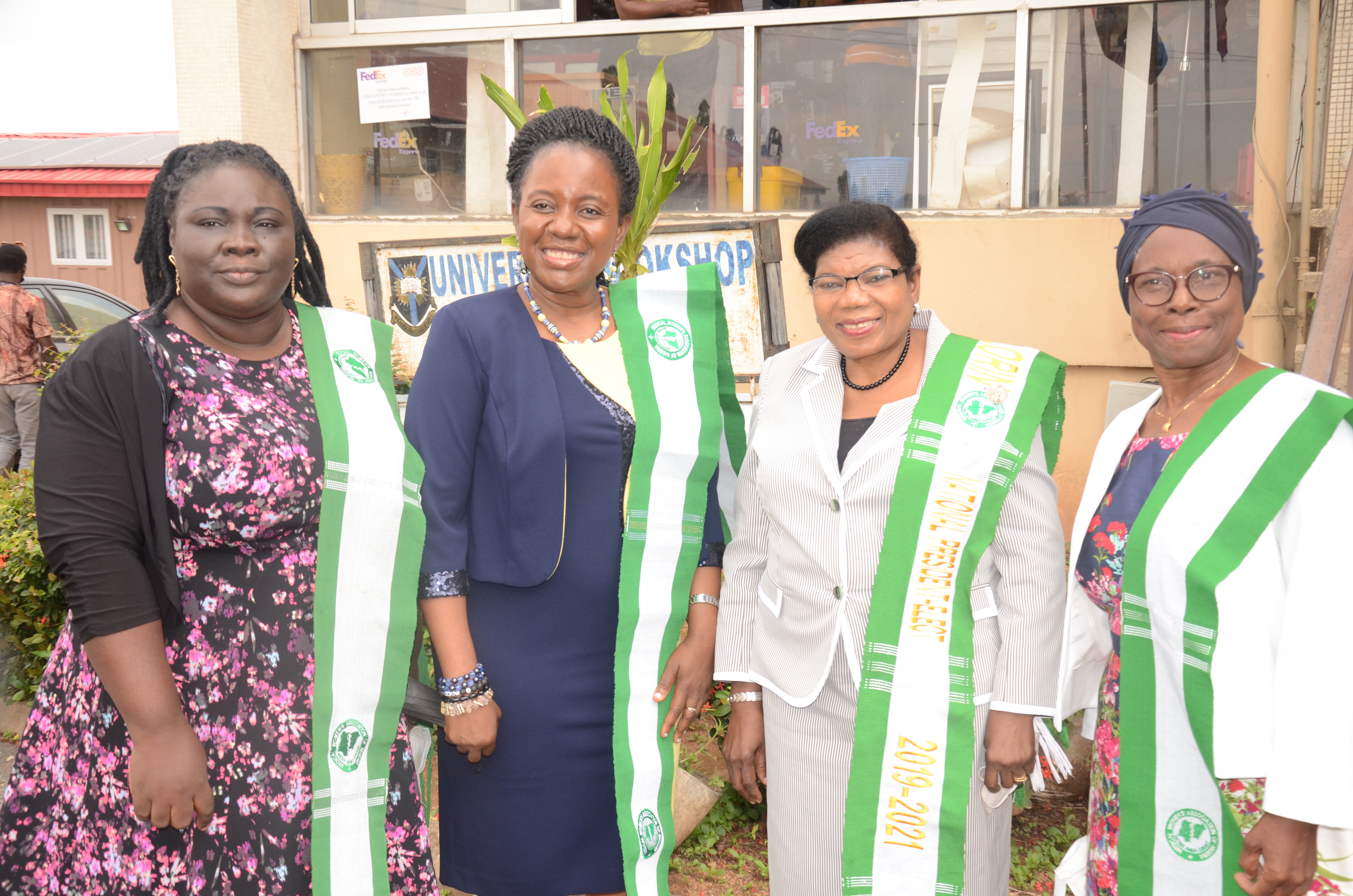