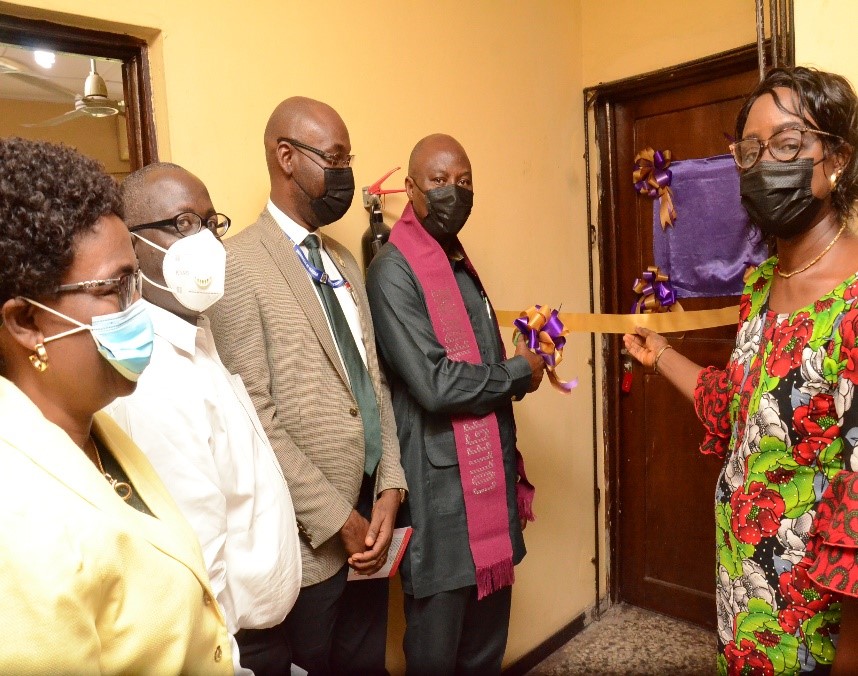 The official commissioning of the E-Library donated by the Diaspora Alumni Association of the Department of Physiotherapy took place today 28 April, 2021 at the Paul Hendrickse Hall of the College of Medicine, University of Ibadan. Present at the ceremony were the Acting Vice Chancellor of the University of Ibadan, represented by Professor Olayinka Omigbodun (Provost, CoMUI); Professor Fatai Adeniyi (Deputy Provost, CoMUI); Barrister A.A. Agbaje (Representing the Deputy Registrar and Secretary to the College); Dr. Grace Ajuwon (Acting Medical Librarian) and Dr. Shola Oshunniyi (Representing the Physiotherapy Alumni Association in the Diaspora). Others were Dr. Omoyemi O. Ogwumike (Acting Head of Department, Physiotherapy) and Dr. Tutu Adetayo (Head, Physiotherapy Services, University College Hospital).

While welcoming the distinguished guests to the event, Barr. A.A. Agbaje speaking on behalf of the Secretary to the College, lauded the Alumni Association for their benefaction. He affirmed that the e-library donation will improve the overall quality of CoMUI’s Physiotherapy programme and further position it for global relevance. In a speech delivered on behalf of the Vice Chancellor, Professor Olayinka Omigbodun remarked that the contributions of the Alumni group have been pivotal to the continued progress of the CoMUI, consistent with what is obtainable in high-ranking medical schools around the globe. Furthermore, the Provost expressed the readiness of the College to harness the power of the alumni in improving the overall outlook of the programmes of the Ibadan Medical School by granting them opportunities to become honorary/adjunct academic staff.

Thereafter, Dr. Omoyemi Ogwumike, Acting Head of Physiotherapy who also presented the speech of the Dean, Faculty of Clinical Sciences- Professor M.O.Owolabi, thanked the Alumni Association for their noble, generous and selfless efforts as reflected by the donation. She affirmed that the e-library will provide for the students, better access to valuable materials and resources in the course of their learning. Following in this trail of encomia for the laudable gesture of the association, Dr. Olusesan Oluwasola representing Prof. E.O.Otolorin, President of Ibadan College of Medicine Alumni Association Worldwide, congratulated the Department of Physiotherapy saying this will give the Physiotherapy department of CoMUI a competitive edge. In agreement, former president of ICOMAA Worldwide, Dr. Abib Olamitoye said the E-Library learning resource will boost students’ training and build staff capacity. He congratulated the Physiotherapy Department and the Alumni body for this development.

A foremost Physiotherapist and former Deputy Vice Chancellor of the University of Ibadan, Professor Arinola Sanya (who joined the event via Zoom) noted that the Alumni body gave out of necessity and not out of excess. According to her, the giving came out of their magnanimous hearts showing they place premium on the need to help the later generation. She added that the donation will place CoMUI’s Physiotherapy program on a stronger footing. Speaking at the event, Dr. Shola Oshunniyi, the representative of the Physiotherapy Alumni Association in the diaspora pointed out that the vision of the group is to create a world-class and lifelong body that will support the Physiotherapy Department to attain its goals. The organization also has a mandate to promote unity among the members. He subsequently charged the department to put the E-Library to maximum usage as a huge amount of time, efforts and resources was invested in setting it up. He further pledged the continued support of the Alumni body to CoMUI and the Physiotherapy program so the products can compete favourably internationally.

In response, Professor Fatai Adeniyi, the Deputy Provost thanked all the members of the association. He further noted that more members of the North American branch of the Physiotherapy Alumni Association have joined ICOMAA Worldwide. He presented a plaque of honour on a note of appreciation to Dr. Shola Oshunniyi on behalf of CoMUI. 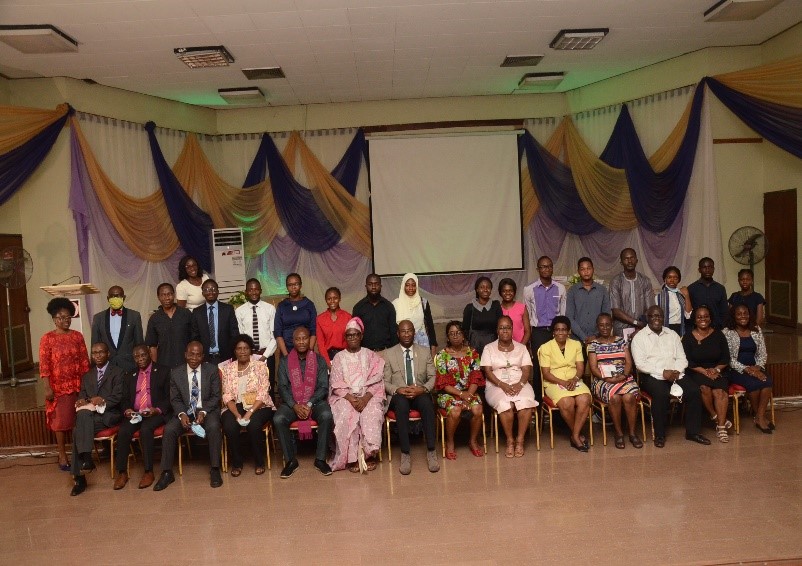 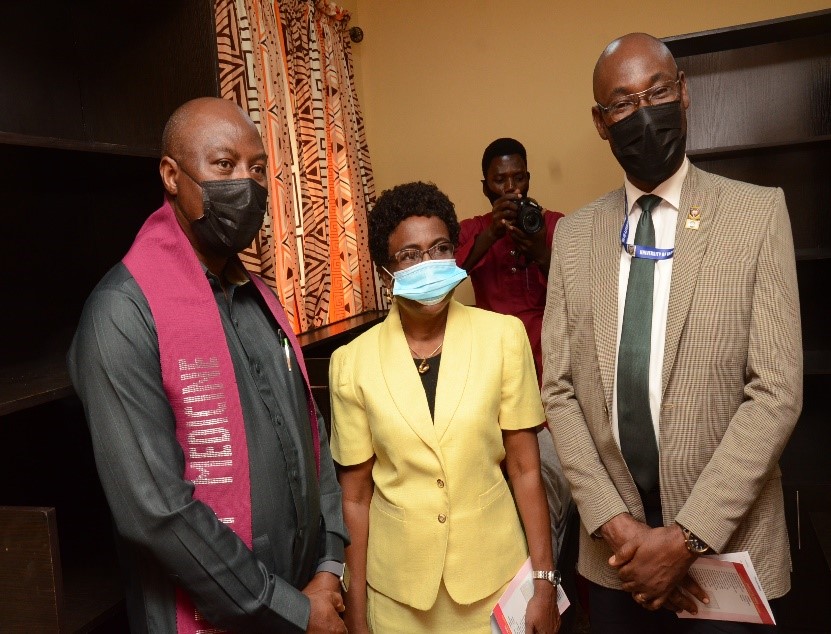 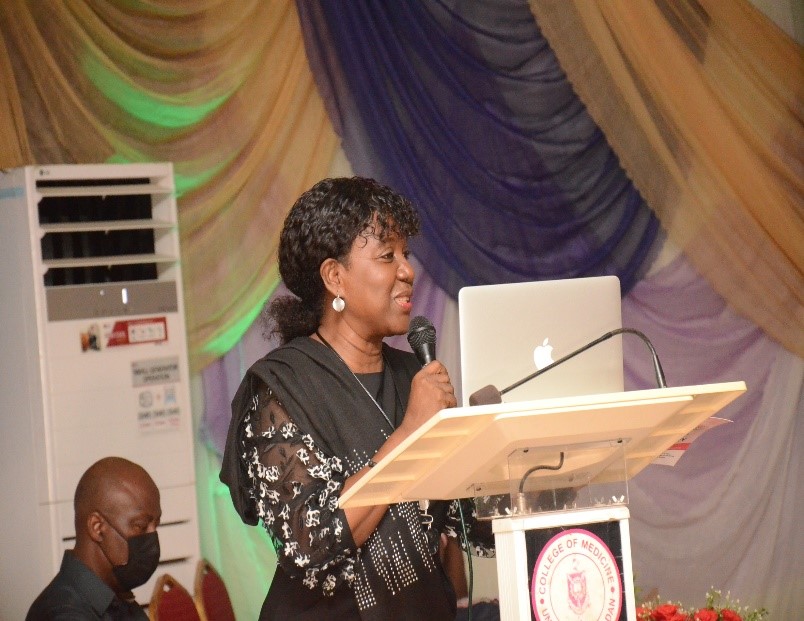