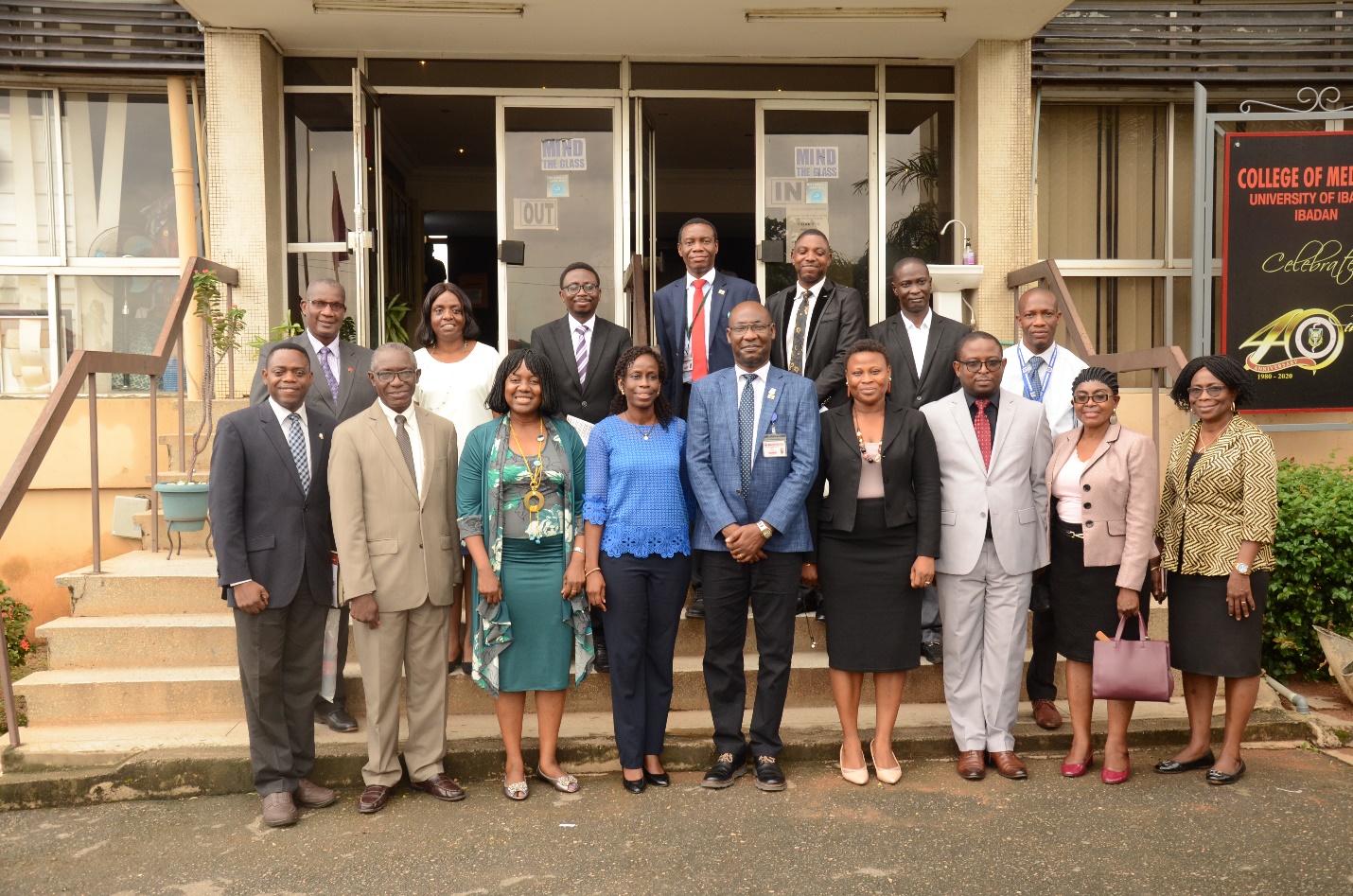 In her welcome address, Dr. Ikeoluwapo Moody took a roll call of the members of the College Executive Committee and important guests present at the event. She particularly welcomed all the outgoing members of the CRIM Committee who contributed to the wholesome emergence of the Unit over the years. Giving the opening remarks which she titled ‘’You are the real institution and nation builders’’, the Chairperson of the ceremony, Professor Olayinka O. Omigbodun lauded the selfless and excellent contributions of Professor Adesola Ogunniyi (outgoing Chairman of CRIM Unit) as well as those of Dr. A.O. Adebiyi (the outgoing coordinator of CRIM Unit). She praised them for their efforts towards the nurturing of the Unit from the scratch to its enviable status today. She remarked that the duo, through their transparent, accountable and responsible work at CRIM have brought financial gains to CoMUI, the U.C.H. and the University of Ibadan (UI) at large.

As a follow up to the welcome address, the Provost seized the opportunity to remind everyone of how research-building is at the core of the University ranking methodology and how UI’s number one position among the universities in Nigeria lends credence to the quality of works the CRIM team has done in the last 7 years. Similarly, the Special Guest of Honour, Professor Salako who joined virtually, commended the commitment and overarching doggedness shown by Professor Ajuwon, Professor Ogunniyi and Dr. Adebiyi when CRIM Unit was just an idea. Professor Salako also made a special mention of the contributions of the immediate past Provost- Professor E.O. Olapade-Olaopa who sustained the CRIM energy and drive during his tenure.

In his goodwill message at the occasion, the Chief Medical Director of U.C.H., Professor Otegbayo continued in the trail of commendations for the CRIM leadership. He pointed out that research drives innovation and innovation in turn propels development. He encouraged the incoming CRIM Team to build on the successes recorded by the outgoing leadership. The Deputy Provost CoMUI and erstwhile member of CRIM Unit, Professor Adeniyi, spoke glowingly of Professor Ogunniyi and Dr. Adebiyi telling of their unique personality and values which they brought into play in administering the research hub.

Delivering his report of stewardship which he tagged “The CRIM story: year on year; neither day nor night…!” Dr. Adebiyi profoundly expressed his gratitude to the CoMUI administration for the honour of  marking a special event to celebrate and showcase CRIM Unit. He subsequently acknowledged the support of his family and the exemplary leaderships of Professors Salako and Ogunniyi. The outgoing CRIM coordinator, touching on the crux of his stewardship, began by identifying how adopting lateral thinking has contributed immensely to the success story of the CRIM team. According to him, lateral thinking allows one to launch deeply within the system, identify the gaps and ultimately deliberate on solutions to the challenges within the organisation. While setting the records straight, said grant management dates back to the Ibarapa programme of 1963 which was funded by the Rockefeller Foundation. He observed that there was a myriad of other grant management attempts in the years that followed. However, in his words, institutional capacity remained elusive till Professor B.L. Salako as the then Provost, orchestrated the needed paradigm shift, thereby galvanizing the fragmented efforts of the previous years thus according a formal structure to Research Management in CoMUI. In addition, Dr. Adebiyi said the subsequent committee thereby set up and headed by Professor Ajuwon worked night and day within the terms of reference to produce a comprehensive report that birthed a sustainable roadmap for Grant Management in CoMUI.

The pioneer Chairman of CRIM Unit, Professor Ogunniyi while adding to the stewardship report asserted that looking at the core objectives of setting up CRIM Unit, the leadership scored 75% for the period under review. He highlighted the iResearch programme, the CRIM research fair and the College of Medicine Research Hub (for medical students) as some of the proud accomplishments of the Unit during this time.

Founding members of the CRIM committee were presented with certificates. The new members of the committee and the incoming leaders were also presented to the public at the event. The program was climaxed by a response from the new Coordinator of the Unit, Dr. Adesola O. Olumide who will be working with Professor Eme Owoaje, the new Chairman of CRIM Unit. The occasion was brought to a close after Dr. Nse A. Odunaiya, the Chairperson of the College Ceremonial Committee gave the vote of thanks. 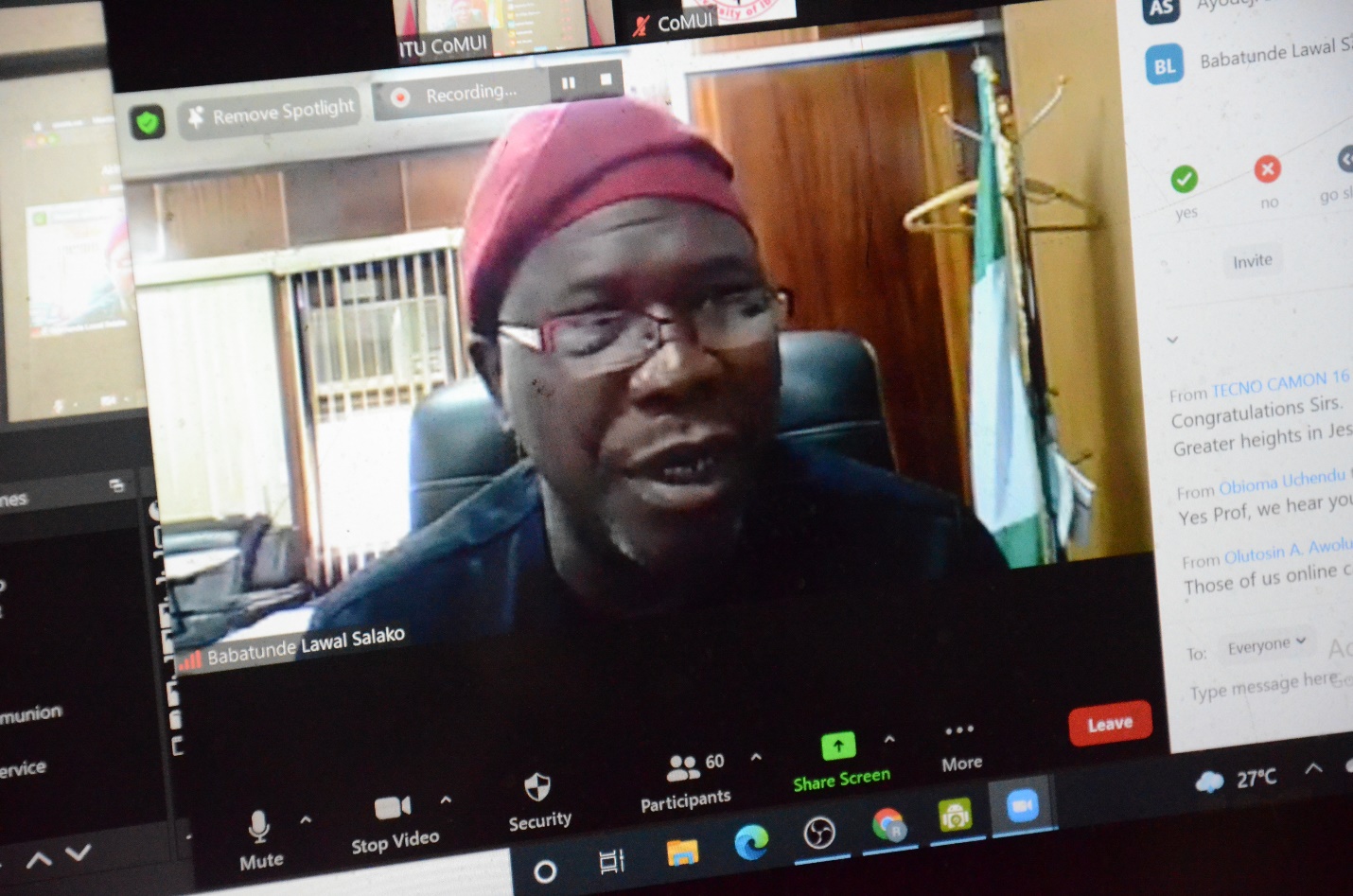 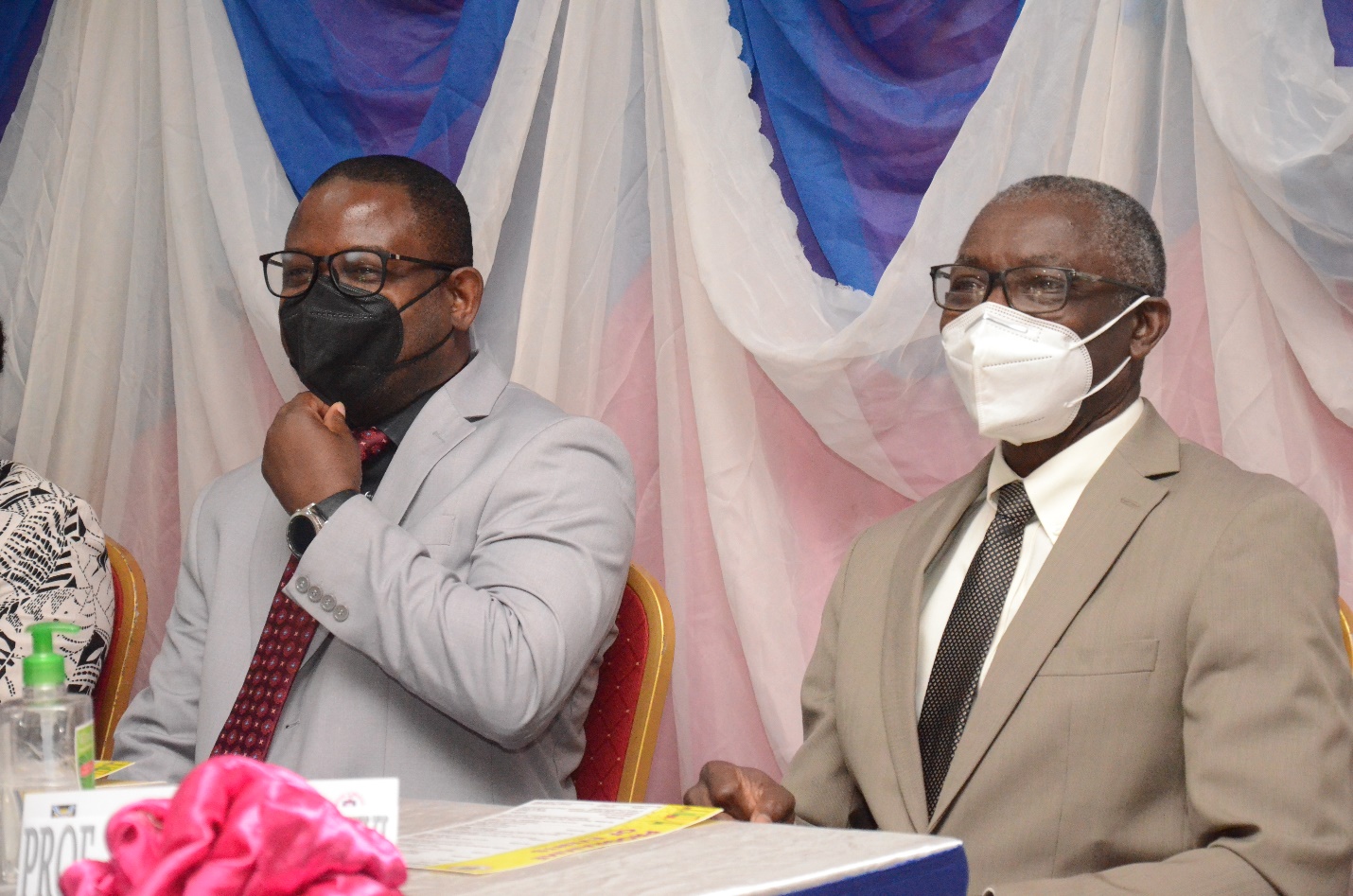