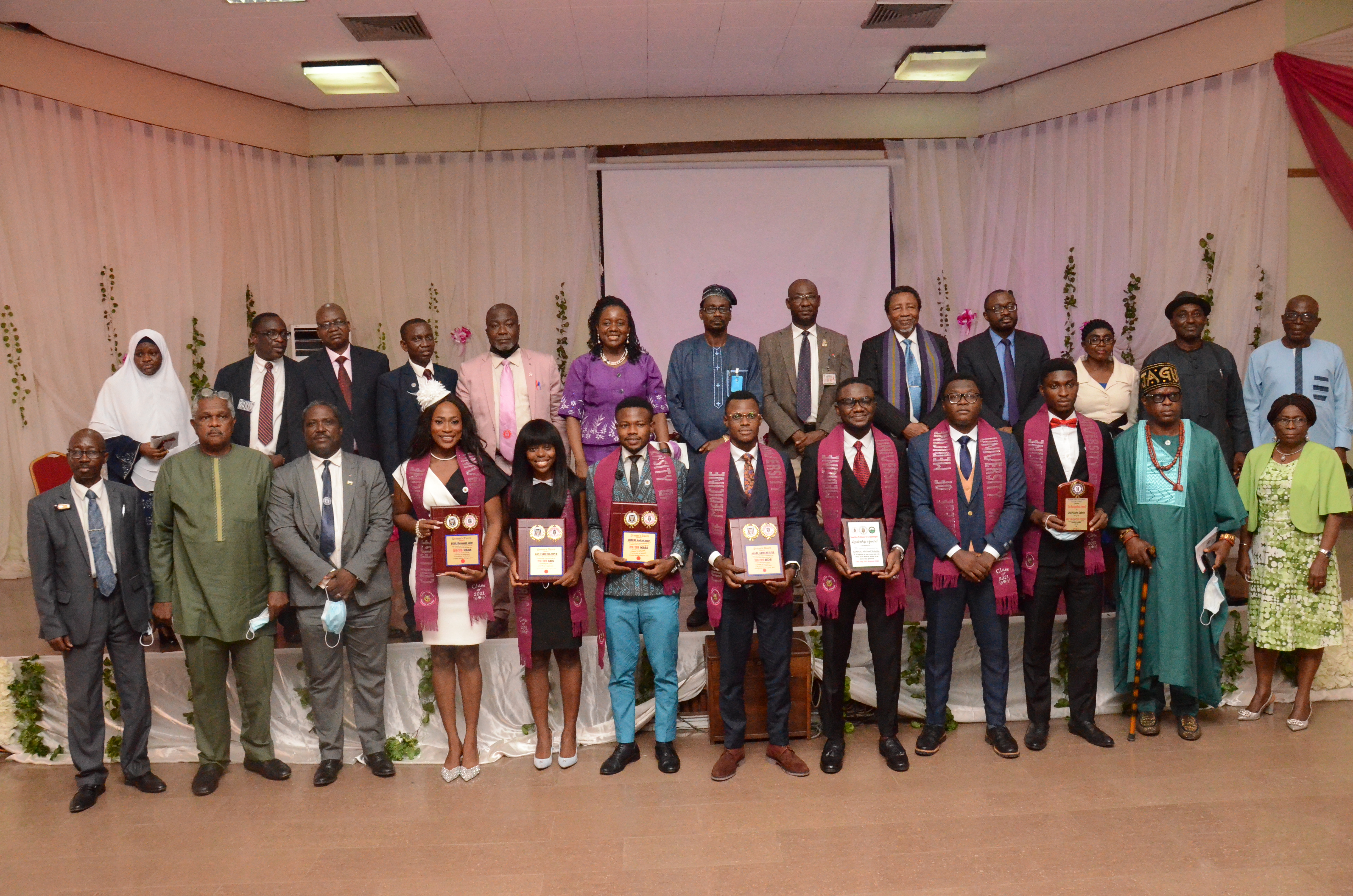 On Saturday, 29 August 2021, the College of Medicine, University of Ibadan (CoMUI) held the Induction Ceremony into the Medical and Dental Professions for the Bachelor of Medicine, Bachelor of Surgery & Bachelor of Dental Surgery Graduating Class of 2021.

The event which took place at the Paul Hendrickse Lecture Theatre of CoMUI was Chaired by the Acting Vice Chancellor, University of Ibadan, Professor A.B. Ekanola, FNAL. Other Principal Officers of the University of Ibadan, CoMUI and the University College Hospital (UCH) were also present at the ceremony which was hosted by Professor Olayinka Omigbodun (Provost, CoMUI) who was ably assisted by Professor Fatai Adeniyi (Deputy Provost, CoMUI).

Giving the welcome address, the Secretary to the College, represented by Barrister Akin Agbaje recognized the presence of the dignitaries and congratulated the parents, guardians, relations, friends and well-wishers of the inductees.

In her charge to the 2021 Graduating Class, which she tagged “Hit your stride to success as you move away from the shock of the strikes and the strife’’, Professor Olayinka O. Omigbodun admonished the inductees not to be discouraged by the challenges they encountered during the course of their trainings, but rather see them as motivating factors that will inspire them to take majors strides towards success. She described the MBBS/BDS class of 2021 as resilient, innovative, proactive and world class professionals who can function effectively in any part of the world.

The Acting Vice Chancellor, Professor A.B. Ekanola congratulated the inductees on the successful completion of their medical and dental programmes. He challenged them to go out and make the world a better place as noble ambassadors of the University of Ibadan. He equally felicitated with the parents and guardians of the inductees, appreciating them for the great sacrifices made in support of their wards throughout their sojourns in Medical and Dental schools. The Acting Vice Chancellor rounded off his message lauding the entire CoMUI Management and Staff for the good job of providing the best Medical and Dental trainings to the inductees.

The oath taking and presentation of Provisional Licenses to the inductees was conducted by Dr. T.A.B. Sanusi, Registrar, Medical & Dental Council of Nigeria (MDCN). Awards and Prizes were presented to deserving members of the 2021 Class.

The best graduating student and Valedictorian for the MB;BS Class of 2021, Oyesiji, Emmanuel Moyinolu who started out by jokingly alluding to the fact that only Grey’s Anatomy and Naruto do not have an end commended his classmates, “the maXXImus set” for their resilience, doggedness and comradery. He re-assured them in the words of Dominic Toretto from the Fast and Furious franchise that “no matter where you are, whether it is a quarter-mile away or half-way across the world, you will always be family”. (Members of this class described themselves as “the maXXImus set” meaning they were not only "the greatest" but they were graduating in 2021 as reflected in the Roman numeral "XXI".)

While giving his own Valedictory speech, Best Student in the BDS 2021 Class, Okopi, John Ogbole spoke of how they are living testimonies to sound and quality education, affirming that their teachers ensured that they received the best training.

Following the trail of congratulatory messages to the inductees, the Chief Medical Director of the UCH, Professor J.A. Otegbayo, ably represented by the Chairman, Medical Advisory Committee, Dr. A.M. Adeoye, urged them to place a major premium on the medical and dental trainings they had received from CoMUI. He promised that the management of the UCH will admit as many as would be posted to the Hospital (UCH) by the MDCN for their Housemanship programmes. In the same vein, the President of ICOMAA worldwide, Professor Dipo Otolorin officially welcomed the 2021 MBBS/BDS graduating class to the Alumni body, urging them to see their induction into the Medical and Dental Professions as the beginning of their professional journeys.

The Professional elders at the event, Dr. Abib Olamitoye and Dr. (High Chief) Olusoji Isaac Ijidale encouraged the inductees with sound practical advice asking them to look around the country for abundant opportunities through which they can prove their mettle and to make plans and follow them through. 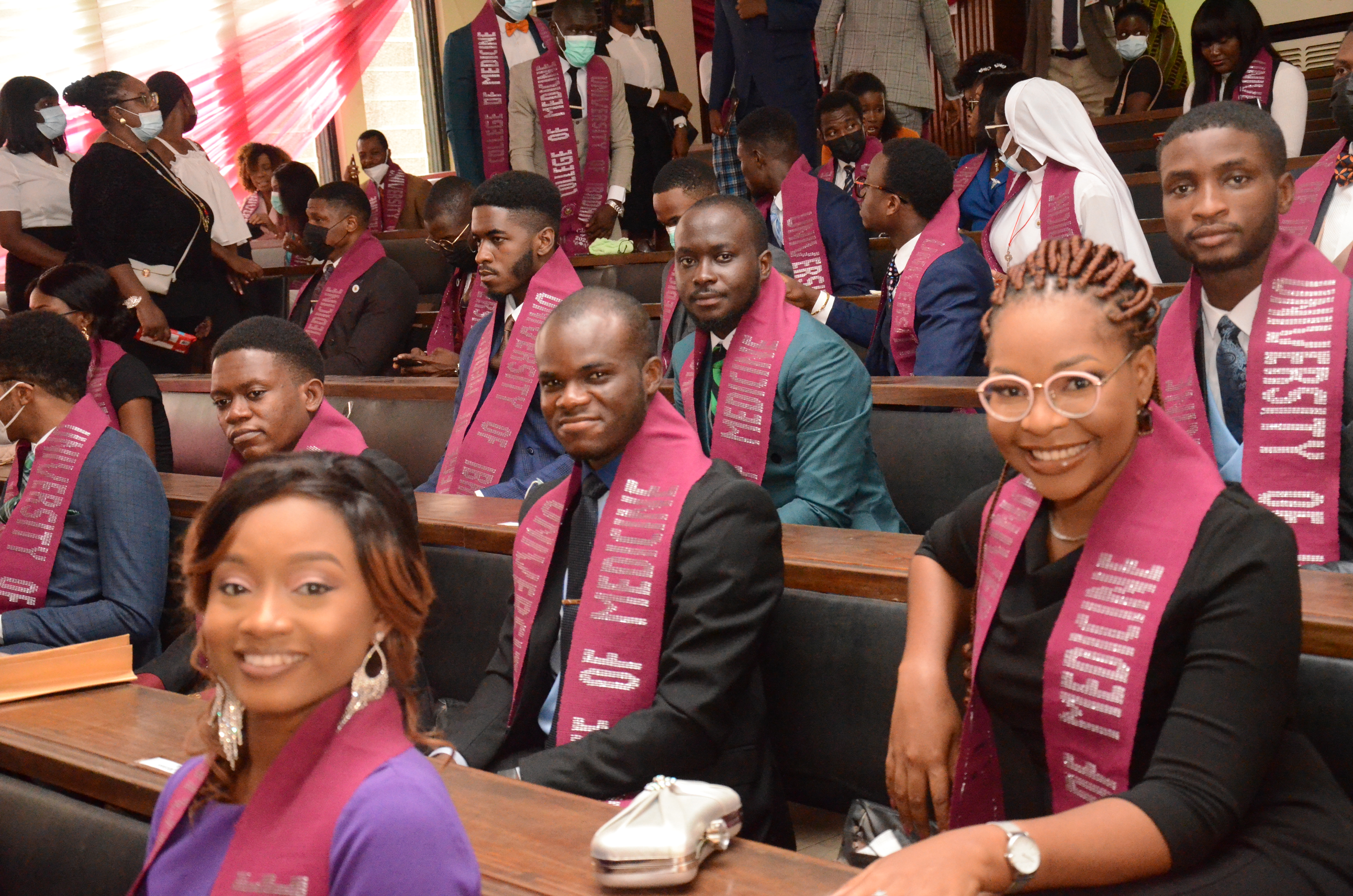 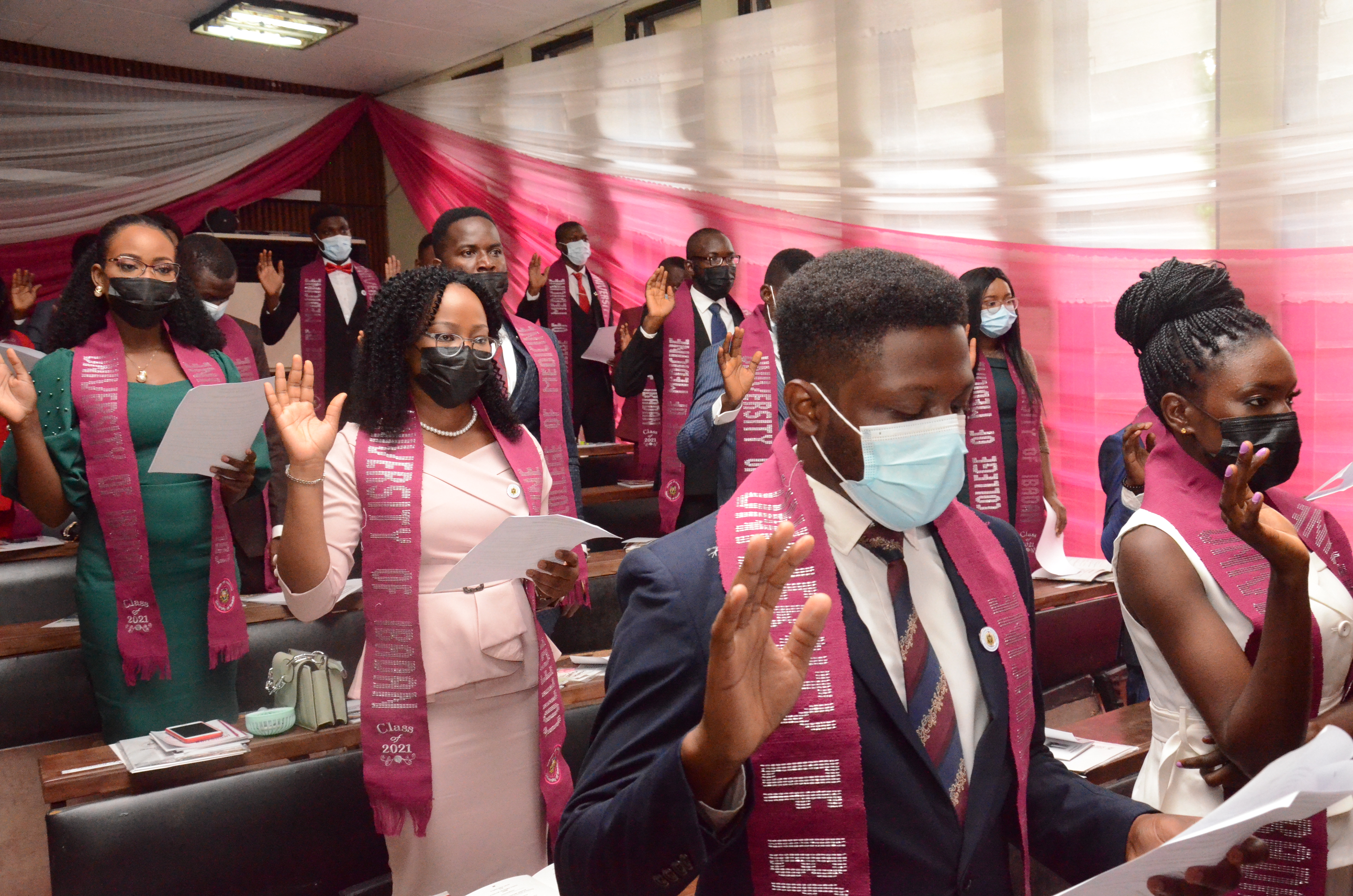 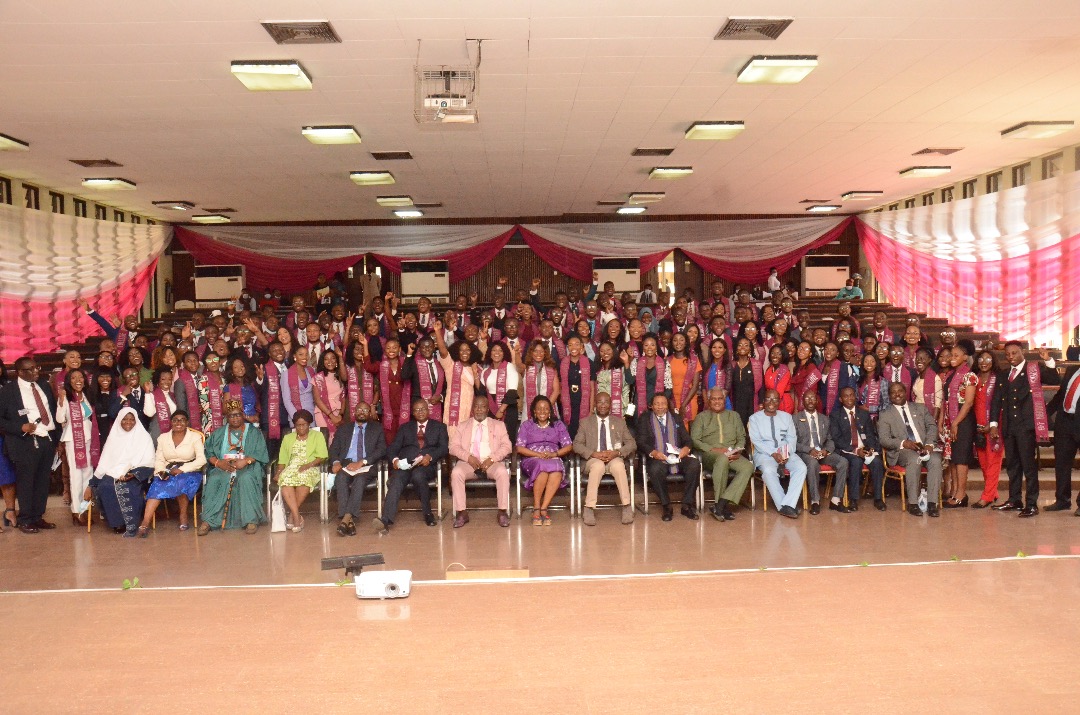 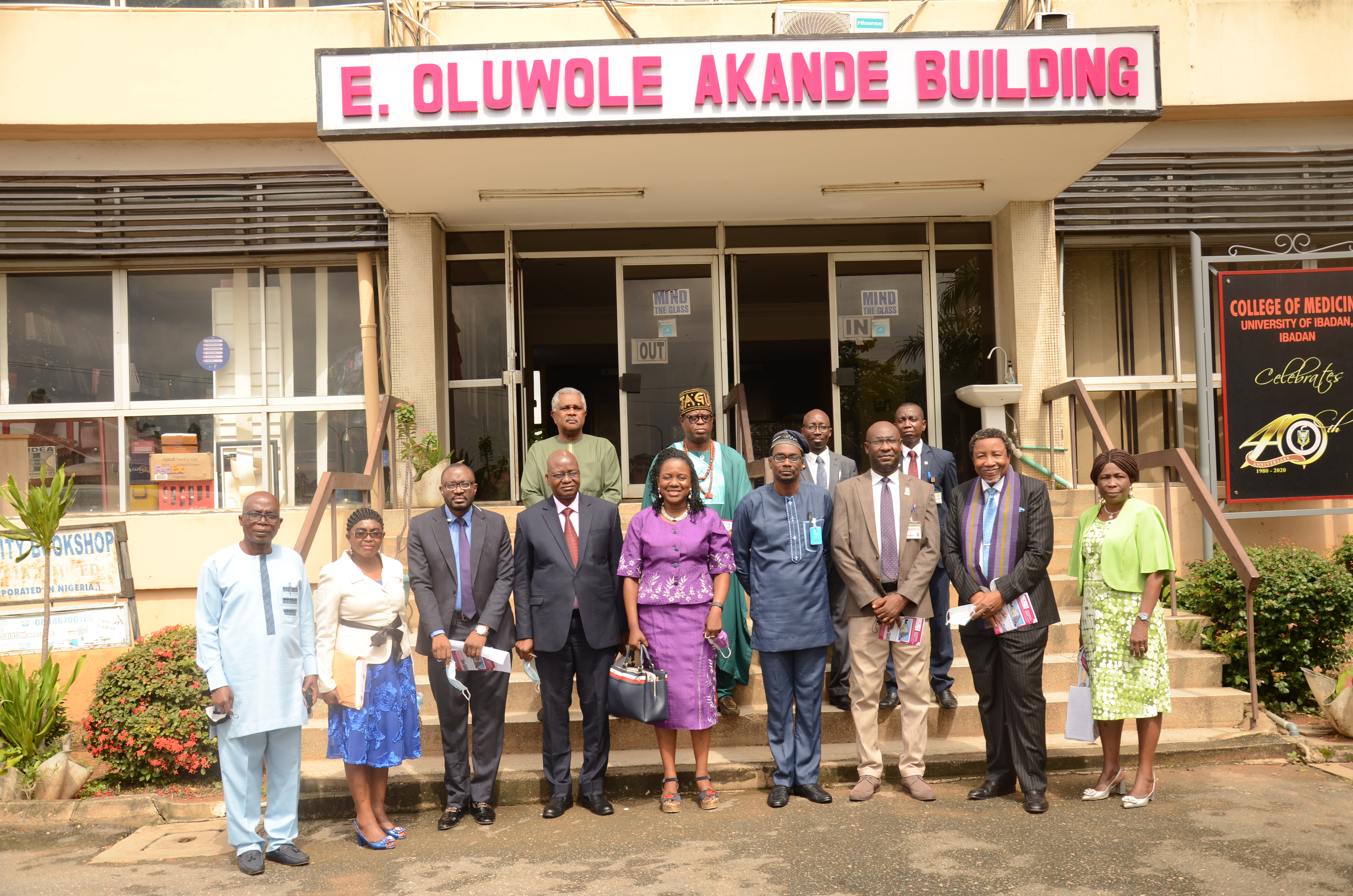