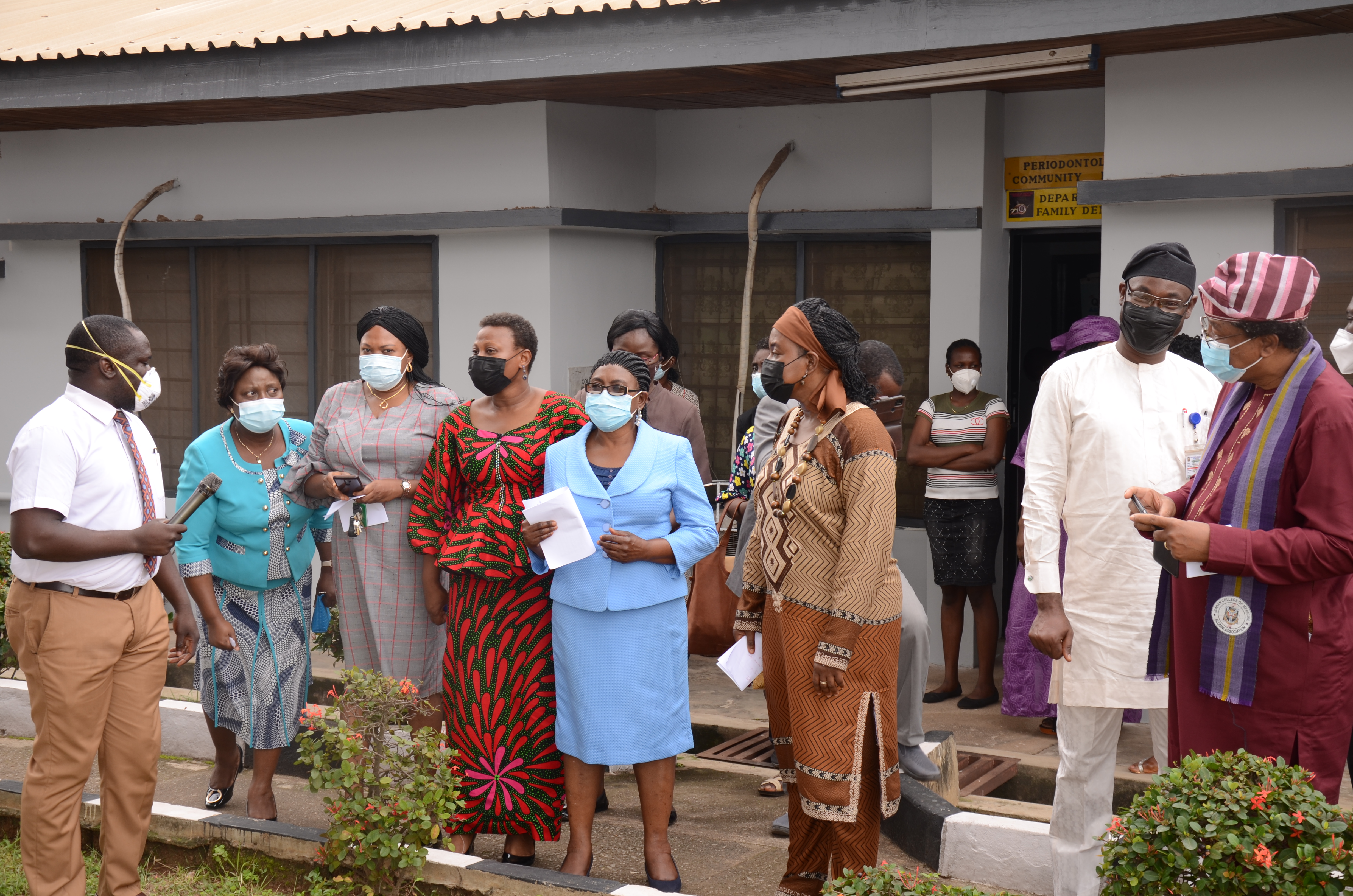 Friday, 20 August 2021, marked the official commissioning of the painting project on the exterior of the buildings of the Faculty of Dentistry, College of Medicine, University of Ibadan (CoMUI). The project was carried out by the members of 2004 class of the CoMUI Bachelor of Dentistry (BDS) programme. The ceremony which took place within the premises of the Faculty of Dentistry was chaired by Professor Olayinka O. Omigbodun (Provost, CoMUI). Other members of the CoMUI Executive Committee present at the event included Professor A.F. Adeniyi (Deputy Provost); Professor Juliana Taiwo (Dean, Faculty of Dentistry and Host); Professor S.B. Olaleye (Dean, Faculty of Basic Medical Sciences); Professor M.O. Owolabi (Dean, Faculty of Clinical Sciences). Also present at the occasion were Professor E.O. Otolorin (President, ICOMAA worldwide); Dr. A.M. Adeoye (CMAC and representative of the Chief Medical Director, UCH); Dr. O.S. Michael (DCMAC, Research & Ethics, UCH) and Mr. S.O. Oladejo (Director of Administration, UCH).

Giving the welcome address, Professor Juliana O. Taiwo welcomed the dignitaries to the commissioning and stated that 2 out of her 7-point agenda as Dean of the Faculty of Dentistry centred on the beautification of the Dental School as well as strengthening ties with the members of the Alumni of the Faculty. She thereafter expressed gratitude to the 2004 BDS set for making a crucial contribution to the repositioning of CoMUI’S Dental programme for more global competitiveness. In her remarks, the chair of the unveiling ceremony, Professor Olayinka O. Omigbodun alluded to the pivotal role Alumni groups play in the sustenance of academic institutions, describing them as a veritable resource. According to her, all over the world, the Alumni look after all the great Universities. Professor Omigbodun further asserted that Alumni groups go beyond just providing resources, they also contribute to management. She concluded by appreciating the BDS class of 2004 for the great initiative, even as she charged them to still forge on in giving back to their Alma Mata.

In his message at the gathering, the President of ICOMAA worldwide, Professor E.O. Otolorin said he was at the event as a major show of support for the members of the BDS class of 2004 for this important contribution. He expressed that the foundation of the successes that Alumni members enjoy was laid at the College of Medicine (University of Ibadan), in spite of all the challenges they faced during their studentship. Professor E.O. Otolorin later joined the entire CoMUI/UCH community in thanking the BDS Class of 2004. The ICOMAA President rounded off his message by revealing that the ICOMAA group is working in tandem with the CoMUI Management to sort out one of the most challenging needs the College currently faces, the provision of additional hostel accommodation.

Following the trail of appreciations for the 2004 BDS class, the CMD of the UCH, speaking through the CMAC, commended the set for the laudable contribution, while reiterating that the UCH will continue to collaborate with CoMUI and the Faculty of Dentistry on all fronts. He asserted that the Hospital (UCH) would leave no stones unturned at ensuring the continued smooth operation of the Dental Clinic. Speaking on behalf of the 2004 BDS set, Dr. Foluso Atiba narrated how she and her colleagues  agreed on the project, raisd the required funds and ensured the  completion of the painting. She subsequently thanked the Faculty of Dentistry and the CoMUI management for granting the permission for her set to embark on the project, describing it as a privilege. Dr. Foluso Atiba was joined at the commissioning ceremony by 3 other members of her class; Dr. Ibiyemi Oduyemi, Dr. Opeyemi Sigbeku and Dr. Kosoko Joseph.

The day’s activities were concluded by a complete inspection of the buildings, followed by the formal unveiling of the commemorative plaque for the event. Good will messages also poured in from the Deans of the Faculty of Basic Medical Sciences and Clinical Sciences respectively. The event was brought to a close with a vote of thanks by Dr. Deborah Ajayi, Chairperson, Ceremonial Committee, Faculty of Dentistry. 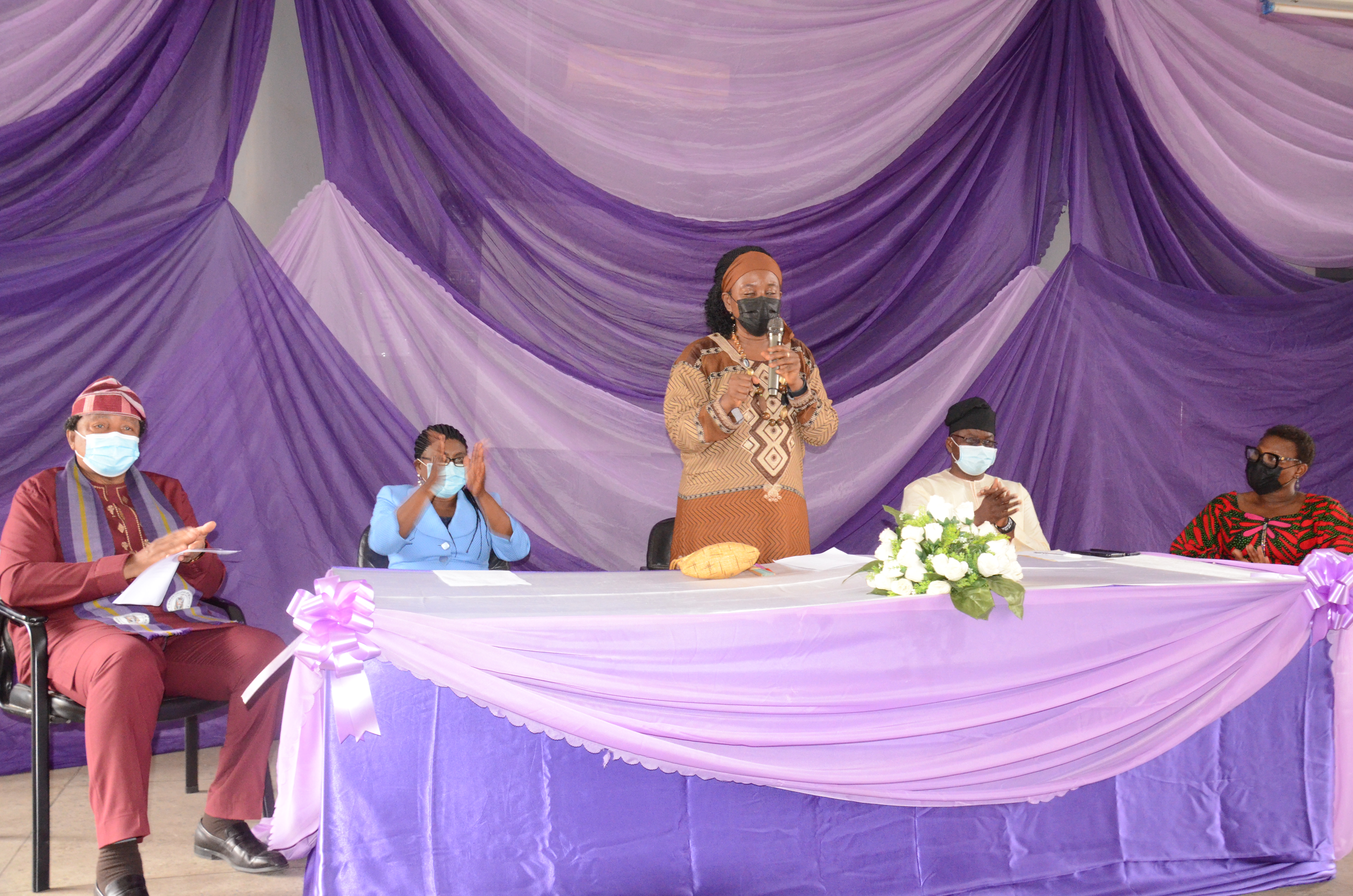 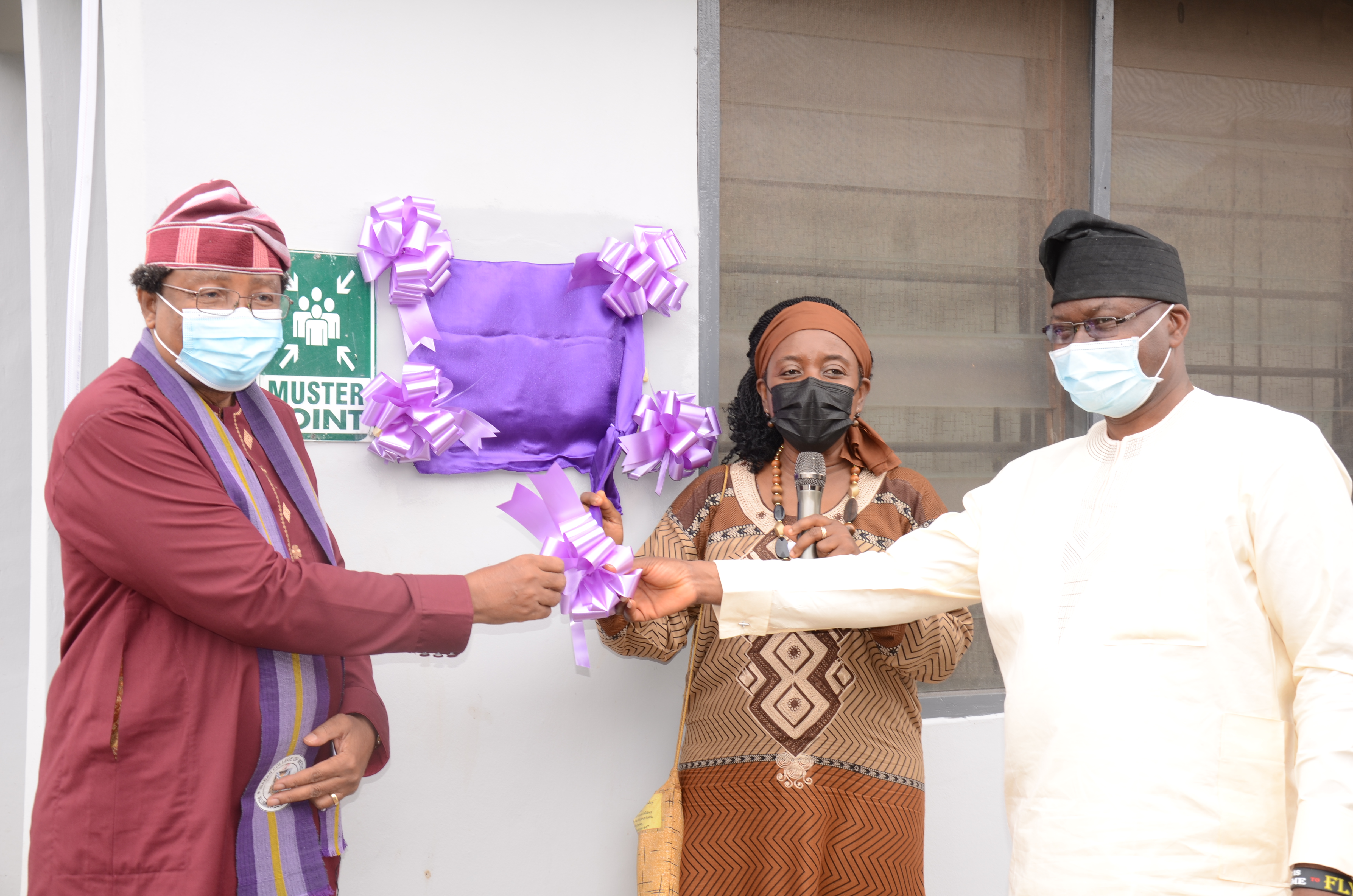 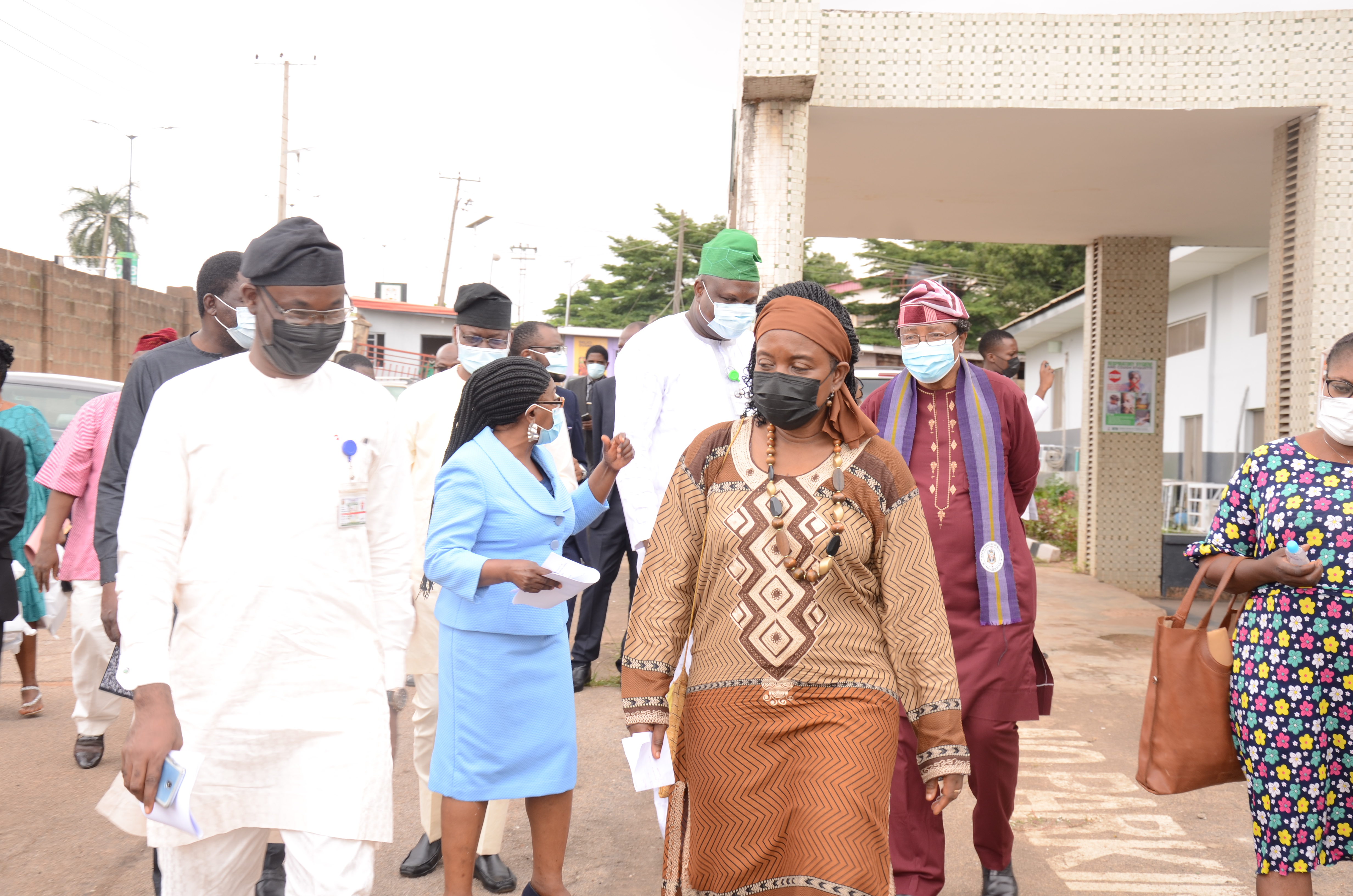 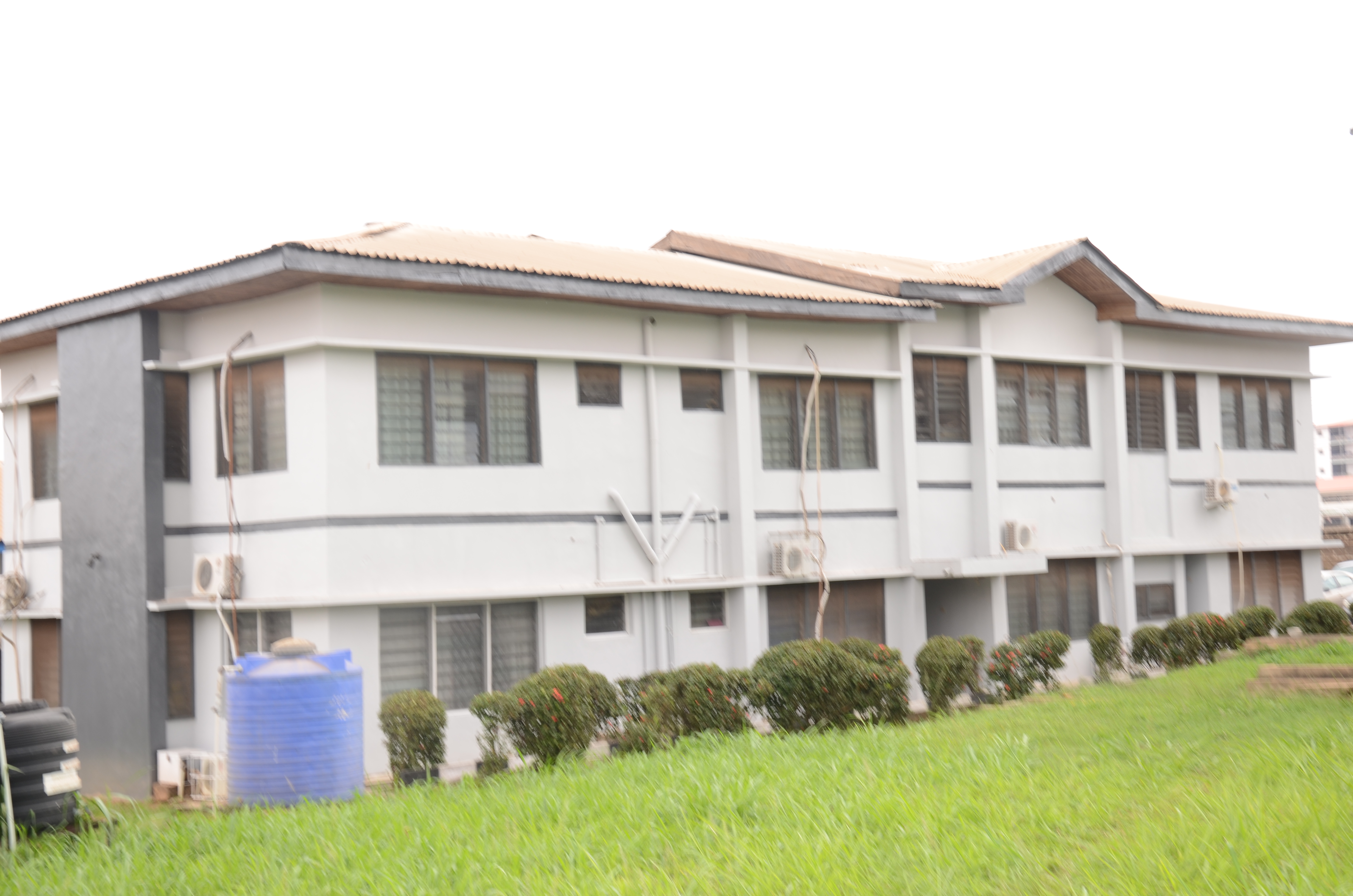